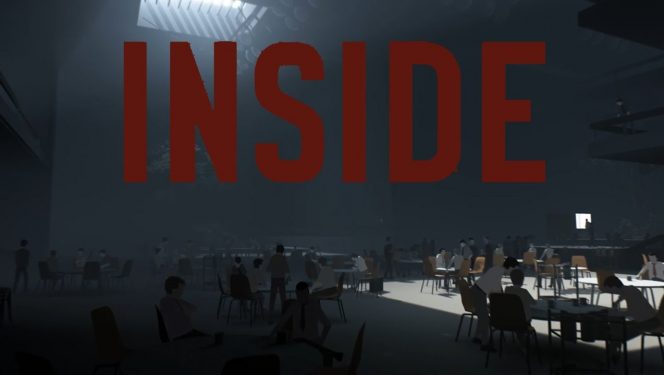 It may sound unbelievable, but it’s already been 6 years since the release of a game that’s already made it onto the pages of recent gaming history and is remembered as one of the biggest and best surprises that ever graced our computers and consoles. Of course, we’re talking about Limbo, debut game from the Danish company Playdead, that practically became famous overnight with only one, yet very valuable game. Limbo exuded atmospheric and unique design, and even now after some time, when you decide to play it again (or for the first time), it feels so fresh, smooth and polished, that it’s a pleasure to go through that black and white world mottled with a million shades of grey (and not just 50). 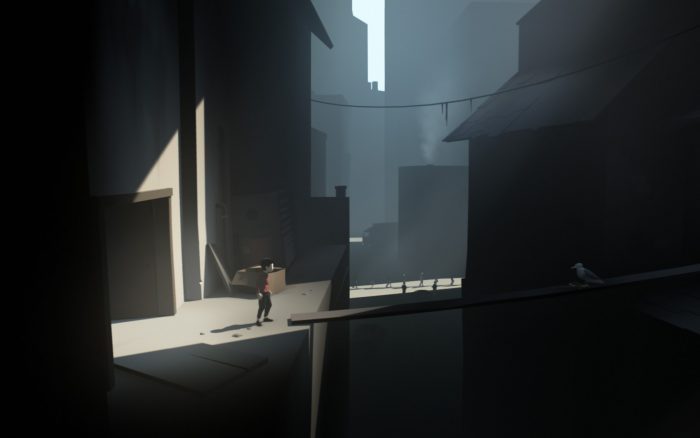 In an effort not to remain remembered as a one-hit wonder, the Danes have worked hard over the past few years, and have not given up on genre that made them famous. It’s a fact that in recent years high-quality logic platformers aren’t something that’s over-represented on our screens, so the Playdead’s new baby would be welcomed with big excitement and great anticipation. We all know in advance that this is undoubtedly a good title – but the question is – can it become a part of history and maybe even surpass its older brother? Ladies and gentleman, Inside is finally before us. 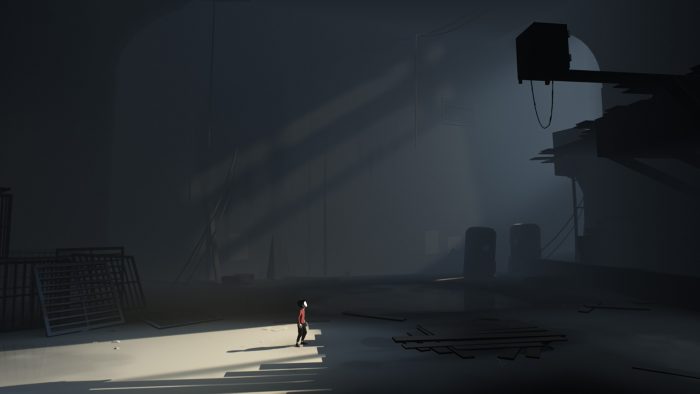 Let’s start from the obvious. Inside is a 2D (ie. 2.5D) logical platfomer. Its resemblance to its spiritual predecessor is enormously present. Starting from the style of gameplay, through the similarly constructed puzzles, identical control scheme, the level of brutality, all the way to the main protagonist beings in this case again a boy who seems to be looking for something. The game opens its adventure without a word of text or a more detailed explanation. Although we had a similar case with Limbo, developers had honored us in that game with a tagline from which we realized that we got to Limbo in search of his sister. Here, we don’t even have that. All information about the world that you gather will depend on your powers of perception and attention with which you play the game. But the Danes wouldn’t have picked up all the glory that they did if that was something negative. The power to tell one story, without a single written word or sound that would further explain the world, is precisely what distinguishes Playdead and puts it above the competition. 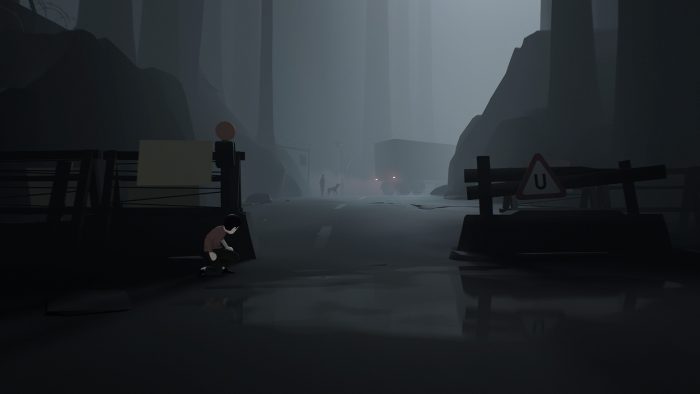 So, employ your eyes and ears and you will be instantly drawn into one very strange world which in the beginning looks like something that came out from Orwell’s 1984. What you’ll realize at first is that you are in the skin of a boy running away from someone or something. On his way, he will have to solve puzzles that absolutely fit into this world, and it practically won’t ever seem that some puzzle is set in the world just because, but it will mostly look like a logical continuation and needed procedure so you can progress further through the game. Not always, but still, in most cases. Their difficulty can be a subject for discussion, because Playdead imagined that the game has a good “flow”, which means that in most cases you will not be overly troubled with where and what. Answers will mostly be at hand and you won’t have to dwell long on a screen, banging your head against it for solution. 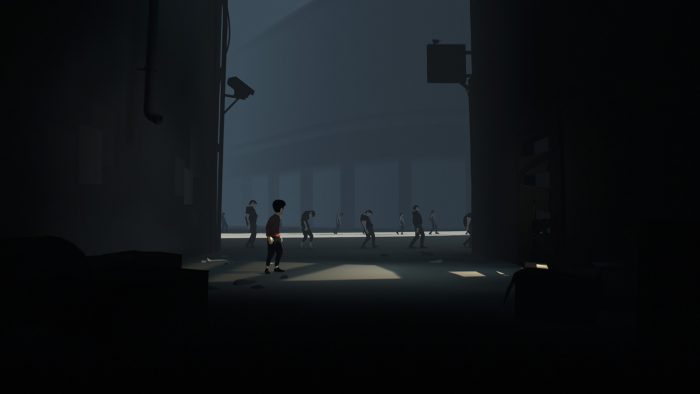 From all that, we can conclude that Inside is a very short experience. Again, this is not a negative thing by itself, but because many players prefer that their invested money goes to quite a lot of playable material, we have to mention that. If you’re a type of person who likes to spend tens of hours in games and explore the world over the next few weeks, Inside won’t give you that pleasure. The price of twenty Euros price may be three times lower than that associated with AAA titles, but since the game lasts for 3-4 hours, you have to put that into consideration before buying the game.

The part about Inside that really shines is its visual presentation. Its graphics are richer than those its predecessor had, the game plays with diffraction of shadows, reflections of water, or with all the physics of the world with ease. Almost every screen that you’ll see will have enough quality in it for you to make a good screenshot. It should be added, however, that some things may seem repetitive, so don’t be surprised when after the hall with huge plants, you find yourself in a very similar one. Certainly, a little more diversity in the environment would be in better service of narration of the story. 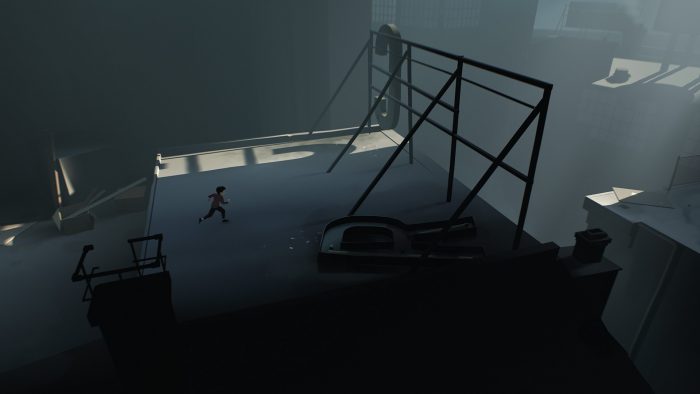 As you progress through the game, some things will become clearer, and since there are no explanations regarding where you are, you will have no choice but to create your own scenarios of what had actually happened to the world, who is the boy that you lead, and in the end, where is he going and what his goal is. Here we come to another questionable point, and that’s the story that Inside wants to tell you. Since it’s simply impossible to explain it without big spoilers on what’s going on, all we’ll say is that you might feel a bit left short when you discover that “that” is it. Of course, Playdead played that card in the previous game too, but because the world and the story here seem more palpable, the joy or disappointment will be of a higher level. Again, it all depends on how you experience gaming itself, and how many times you went and saw some things in other video games. However you look at it, we can safely claim that you will not remain indifferent when you see the end credits. 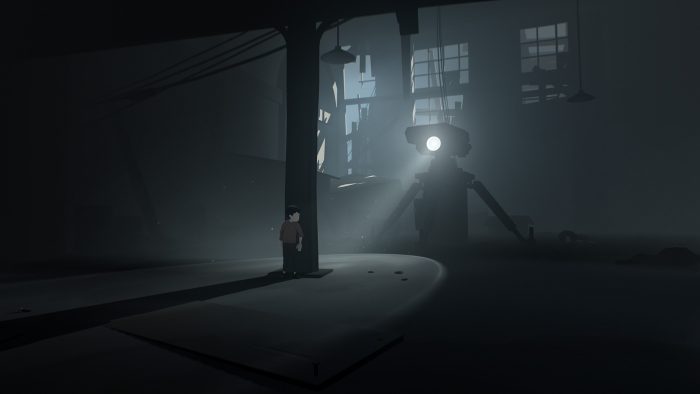 Finally, all that remains for us to say is that Inside is a really interesting, beautiful, gloomy, atmospheric game. Everything else – you’ll have to find out for yourself. It certainly gets our recommendation, as one of the rare high-quality logical platforms that you will surely enjoy in almost every aspect. The final assessment and judgment should be brought by the player experiencing that journey, so it remains up to you to ultimately conclude if Inside has really surpassed his big brother, whether in terms of atmosphere, puzzles or story, and especially emotion that the game needs to provoke in you. Why emotions? Because every work of art provokes emotions in us. The question is – is Inside really a piece of art in the world of video games? Time will tell.