http://rusbankinfo.ru/credits.htmlHere we have an indie game from Battlecruiser Games studio that could at first glance be categorized as a simple mobile port with tower defense or turn-based gameplay. However, that’s not entirely true, and Guards conceals a considerable strategic element to it. When you start the game, you’ll find that there are no options or story to speak of. But Guards doesn’t linger there for long, instead immediately throws you into a pretty simplistic, genuine and easy to understand turn-based gameplay. You’ll be introduced to four heroes, initially a Peasant, Healer, Archer and Witcher, while random enemies appear on the other side of the screen, progressively growing in difficulty, and it’s up to you to use your heroes to stop enough of them to force them to retreat. Here’s the first interesting difference from other turn-based strategies – to activate your move, i.e. your heroes’ attacks followed by your enemies’, you’ll first have to move one of your heroes or rather switch his place with another, and only then does your turn activate. This sounds simple enough, but in later levels it can be quite a headache to determine who to move and where. Now, the road’s width allows only three heroes in the front line, while one has to hang in the back where he can heal, and once you move him to the front again, you activate his special ability – Healer heals everyone, Archer shoots at all enemies. 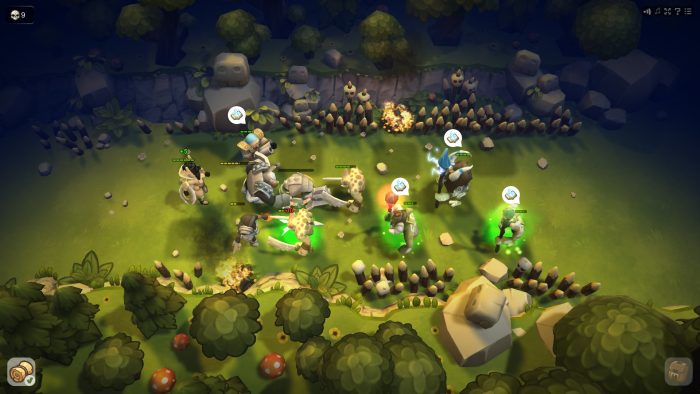 Of course, the four mentioned heroes aren’t the only ones available – there are a total of eight heroes, and you pick four of them before every adventure. And when we say adventure, we mean it – every time you start the game, you’re starting from the beginning and try to go as far as possible. So every adventure will be a grueling battle with harder and more numerous enemies to progress to the next level, and if one of your heroes falls the whole adventure fails with him and you have to start over. And this might be the biggest flaw of the game that my deter players who won’t tolerate rogue-like elements, then there’s the grind to upgrade your heroes and strategy in a new attempt to complete the adventure. Of course, there are minor RPG elements in the form of hiring new heroes, improving their ranks and stats, and then picking different items to bring along to your next adventure. And you’ll do all of this again and again to try and progress further and deeper into the adventure. 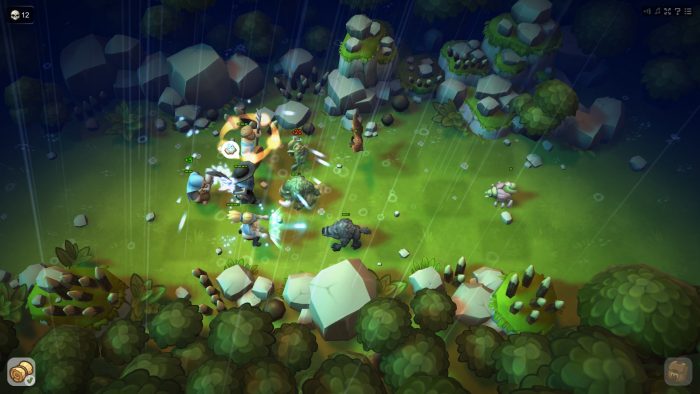 When it comes to the game’s look and design, the developers seem to have gone with the simpler route, so much so that even the main heroes’ designs are over-simplistic and fall under the standard fantasy tropes, while the enemies (although also not very varied) are much better and detailed in later levels. Zones in which you fight your enemies will change very little and they don’t really influence the gameplay at all. 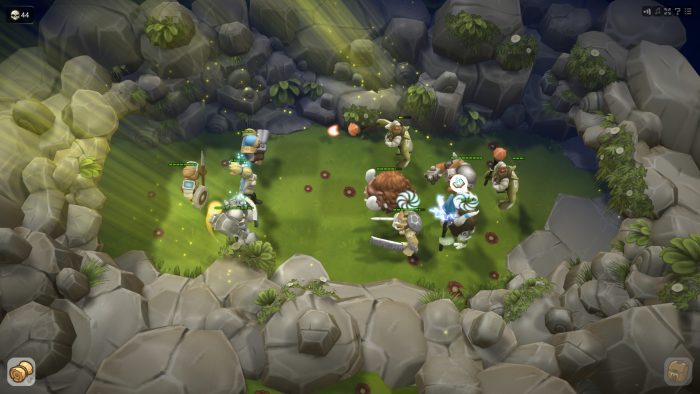 Then there’s the sound, which is again minimal and mostly covers the sound effects, main theme of the game, and very repetitive combat music. 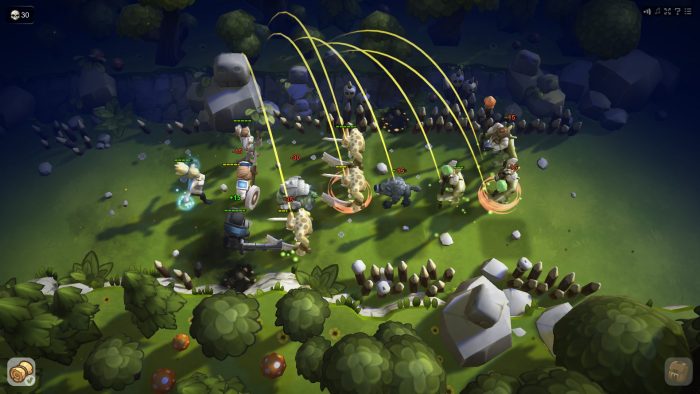 Guards is a game that approached turn-based strategies in the simplest way possible, while still adding a twist to it – and the game succeeds at that – but there’s a glaring lack of an interesting story and cumbersome grind that the player has to endure. But, if you need a game that’s quick to learn, yet needs time to master, and you don’t have much time to play or want to do something else while playing, like writing a text, this can be a cool little pastime.