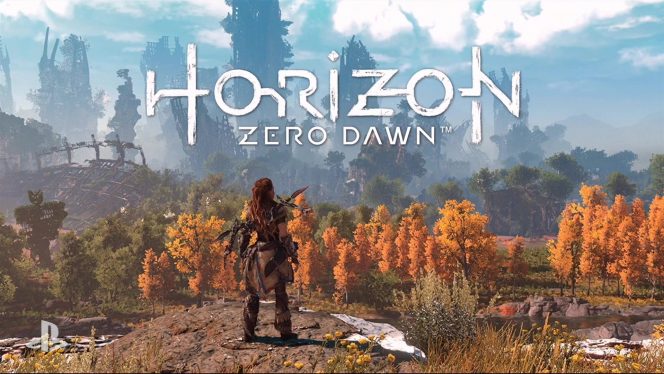 Срочный займ на карту http://mirziamov.ru
Earth. Year, unknown. A bleak future is before us. Humanity had survived, bereft of all benefits it used to enjoy. With no electricity, and with only basic resources available to them, armed only with a strong urge to survive, humans fight every day to progress and better their lives. They’re organized into tribes with clearly defined hierarchies.

There are three tribes: Nora, Karja and the Sun Tribe. The Nora tribe worships the All Mother, a supernatural entity which they believe is personified by the Sacred mountain under which they live. All Mother’s will and wishes are fulfilled by her sisterhood which is embodied by the matriarchs of the Nora tribe. They bless the newborns and enable tribal acceptance. Laws and punishments are very steep, and tribesmen can be exiled for even the smallest offenses. They cannot return to the tribe and every form of communication with them is forbidden. Life in exile is extremely difficult. Beside everyday struggles for survival and food, risks of an attack by groups of bandits, such a life is further endangered by the presence of gargantuan metal creatures which resemble different animals from Earth’s various eras. They’re often aggressive, prone to attacking humans, armed to the (very sharp) teeth, and only the most experienced hunters dare tackle them. Their origins are unknown. No one knows where they came from or who made them. But, it is believed that they were pivotal to the cataclysmic events that changed the world.

It’s not easy being Aloy in such a world. As a mere baby, she was exiled from the tribe because she had no parents. She was taken care of by Rost, another exile who took her in as his own daughter. But beside all the affection her caregiver gave her, Aloy felt like she lacked something. A desire to play with others her own age, who resented and taunted her, a lack of friends and the simple need to be accepted. The moment she found out there was a way for her to become part of the tribe, the life of our young heroine changed forever. She trained and practiced for years, perfecting her skills under the watchful gaze of her adopted father, so she could become an excellent hunter and win at a sacred ritual which was more of a contest – “The Proving”. The exiles that win have the honor of becoming members of the tribe and an accepted part of the community. During the Proving, which Aloy wins, there’s a sudden attack and a massacre ensues. It turns out Aloy, who barely survives, was the target of the attack. After that event, Aloy learns a tiny piece of information about her origin, as well as about the danger looming over mankind, setting her upon a path she can’t decline.

Now that we’ve introduced you to the basic premise, we can discuss the other elements of this game. Horizon is a third-person open world game, and action-adventure with light RPG elements. The strongest asset of this game are definitely the spectacular visuals, because the game looks beautiful. Every location you visit radiates beauty and will make you wish you were really there. The chirping of the birds, various fauna species, amazing flora, all small details that enhance the immersion.

Like every other open world title, Horizon offers a great variety of activities. Along with main and side missions, there are also hunting challenges, bandit camps to overtake, hosts of audio and video tracks that provide additional evidence to life as it used to be, as well as the events before and during the cataclysm.

There are also caves that hide information about animals that will help you learn how to hack them and turn them to your side. Some of the animals can be “tamed” and used as a mount, while others can fight at your side. Along with the visuals, the other main point of the game is the  hunt on the metal creatures. There’s a great variety of weapons and traps at your disposal, but your basic weapon will be bow and arrow. There are many kinds of arrows, from regular to fire arrows, for example. You’ll have to switch weapons to accommodate the situation or animal in question.

There’s about twenty kinds of metal enemies that you can face. Each one of them has their own characteristics and weak spots to help you when you encounter them. Some animals are armed with ranged weaponry, other will attack you with their bodies, claws, head, teeth… There are flying predators as well, so the  game has a truly wide spectrum of enemies and you practically won’t feel that enemies and fights are getting repetitive. As you progress through the game, you’ll unlock three groups of characteristics that you can upgrade and adapt to your own playstyle. Most missions can be completed with a stealthy approach, but good old frontal assault is also an option. You’ll collect resources which are used to craft and upgrade equipment and clothes, provide extra ammo space, various tasty morsels to sell to traders, arrows, potions and traps.

The game’s map is of decent size, and doesn’t feel too big or cluttered. Still, most of the side missions boil down to finding missing family members or spouses, or collecting some resources, so there’s a feeling of a lack of creativity that accumulates over time in this regard, which can sometimes prove to be a turn-off to their completion.

One of the faults that we found and were disappointed by is the severely simplified parkour system. In practice, Aloy climbs and jumps by herself, and all you have to do is point her in the right direction and that’s it. There’s no challenge in this segment, although on paper it looked like it would be one of the more entertaining parts of the gameplay.

Another criticism can be levelled upon characters we meet in game. No matter how interesting the story is, and it is, no matter how much it draws us to follow it, there’s a visible lack of interesting fleshed out characters to meet along the way. Everyone more or less sounds and even sometimes looks the same, so many of them would fade into obscurity. Similar could be said about the game’s villains, as none of them has “that special thing” to elevate him from a sea of characters with wacky hairdos and neatly trimmed beards.

Horizon Zero Dawn is one of the most anticipated games this year. The second PS4 exclusive has justified expectations and is a quality game. Not perfect, but what faults it has aren’t crucial to the final product. We definitely recommend it to the fans of the genre, and even to those that aren’t. Even though there was a risk that the game wouldn’t have anything else to offer beside spectacular visuals, it proved those fears wrong. And we had lots of fun adventuring with our Aloy.