Video game publishing and distribution is one of the most lucrative businesses today. There are multi-million dollar video game projects that require more work, greater production value and a larger workforce than some major Hollywood movies. At the same time though, and much like Hollywood itself, greed and cold-hearted business strategies often get in the way of quality. Time and again, publishers will endeavor to find some shortcut to swift profit, and they would do that sooner than pushing for more creative and original ideas. Even if we take into account just how much effort goes into most big-budget video games, that still doesn’t justify what certain video game companies are doing these days.

All those words you keep hearing like ‘DLC’ or ‘microtransactions’ have spawned tremendous hate over the years. People are expressing their anger towards such business schemes, because they are often exploited to ridiculous extent. Things like downloadable content packs were genuinely good concepts that could’ve easily benefited the gaming industry; instead they transformed into cash-milking tools for corporations. The gaming industry is changing, and publishers keep making the wrong moves. 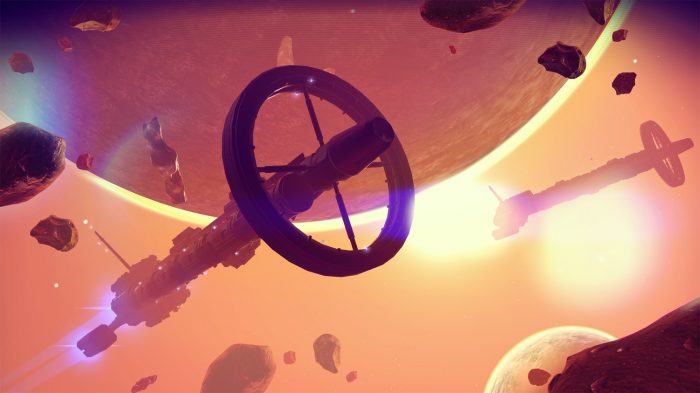 Destiny is by far the best example of game publishers getting overambitious and greedy. The messy history of Destiny’s development process, have great repercussions. Composer Martin O’Donnell left Bungie Studios before the project ended, and the same thing happened to the lead writer who was working for several months coming up with the complex backstory of what should’ve been the premise of Destiny . Instead, the game released with lackluster content, repetitive gameplay and with a community of outraged fans who rightfully felt cheated. The biggest mistake there was rushing an ambitious game out the door way too soon, meanwhile pushing for a massive PR campaign that lead gamers to believe they were about to get the best game ever released. It took Bungie a full year after release to breathe life into the franchise.

No Man’s Sky and the entire debacle surrounding its launch sparked one of the biggest debates in gaming history – an empty falsely advertised product or just an indie game? The first mistake Hello Games made was similar to the mistake Bungie made with Destiny. They promised more than they could deliver. A majority of features such as players being able to meet each other in-game, players being able to take part in faction wars, etc. were just not included in the final release. Too much freedom and no depth to the experience whatsoever. Desperately trying to make the game multi-layered by adding too much variety. There were many things that were done right, but overall this wasn’t the product we were promised, and expectation were certainly too damn high. Hello Games is still working hard to earn back the respect they lost along the way.

Call of Duty: Infinity Warfare and Titanfall 2 appear to be the latest examples where publishers are desperately keen to cram as many features into their products as possible. Titanfall 2 got released to largely positive reviews and that’s fine, I guess it means the newly added single-player did the trick. At first it seemed a tad too ambitious, because the developers talked about puzzle elements, and other additional features in a game that’s primarily a FPS. It worked, nonetheless. We have yet to see though, if Activision will pull off a similar stunt in the upcoming shooter Call of Duty: Infinite Warfare. While CoD has always been known for pushing the boundaries in FPS territory, now they devs added space battles. Cool twist? Or too far from the game’s core? We’ll see…

How it should be done: Blizzard’s reputation for marketing and communicating with players. Most of their games are well-known before release. People know what they are buying and have a pretty clear picture of what to expect. 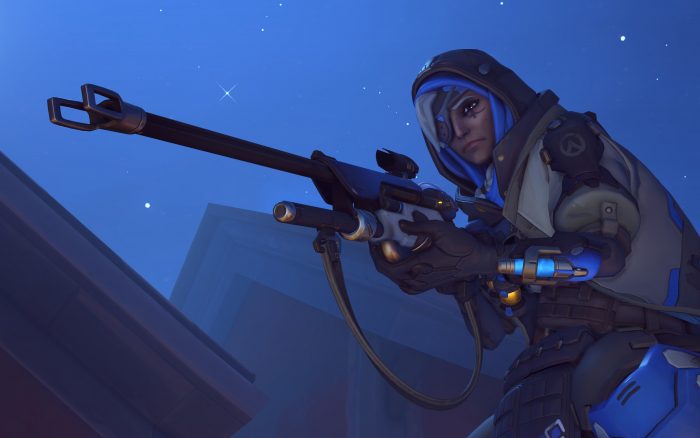 At some stage, Gearbox Software thought it would be best to take a break from making Borderlands games. Instead they gave us, Battleborn. While having the fundamentals of your   average online shooter, the game is basically a MOBA. Moving away from what’s familiar and diving into an unknown IP was a valiant effort. As it turns out, Battleborn suffered grave consequences of yet another bad publisher decision. Launching the game practically alongside Blizzard’s multiplayer shooter, Overwatch, which was just getting out of beta and already gained a massive audience, was mistake number one. The next mistake was just sloppy marketing that again couldn’t measure up to the competition. Now, there’s nothing necessarily wrong with Battleborn per se – the gameplay was solid and idea behind it was great. Gearbox made another major misstep. Initially the game had a 60 dollar price tag, which was later reduced to 40.

All in all, Battleborn was just a case of being in the right place at the wrong time, I guess.

How it should be done: one word – Overwatch. Okay, this is not specifically a MOBA in the classic sense of the term, albeit this game has very strong MOBA elements. True enough, it may simply have gotten in the way of Battleborn, and yet it shines as a perfect example of how any game should be released. Players were pleased with the pre-launch beta, and the game itself hit the market with a largely positive response from both the public and critics. 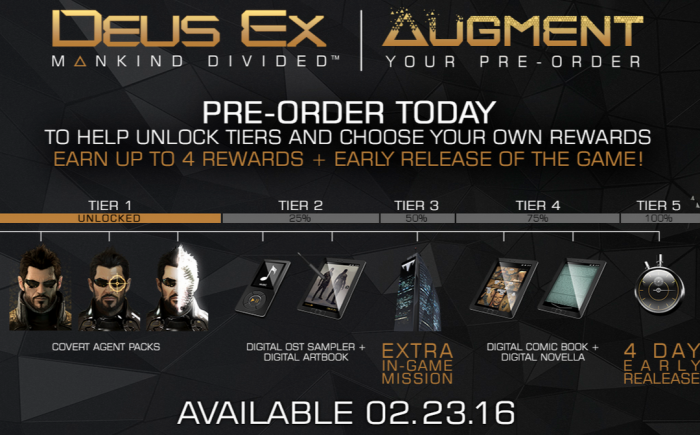 If there’s one thing gamers hate, it’s microtransactions, DLCs and Season Passes. And yet, to publishers like EA, Activision and Square Enix, these are the main tools to milk more money out the public with their respective game franchises. The checkered history of EA’s Battlefield franchise might be a solid example. Battlefield was absolutely riddled with bad business decisions, technical mishaps and, of course, flimsy downloadable content packs that were absurdly expensive and added precious little to the overall game. Season Passes and DLCs still stand as a major gap between publishers and the public. DLCs were supposed to be a cool way for players to finance a project they love and then get proper content in return. Instead, the main content of the game itself was usually chopped up and then served to gamers piece by piece further down the line as DLC. Publishers would essentially overcharge for the whole thing, and gamers were forced to lash 80 or 120 US dollars, just to get a few measly extras like exotic rifles or character skins. One thing will never change – people want more content for less money, not less content for more money.

How it should be done: The Witcher 3: Wild Hunt. The perfect example of giving players a base game that’s rich with content, while supplying lots of free DLC after release, leading up to more expansion packs.

The 4K Race on Consoles… Who Needs That? 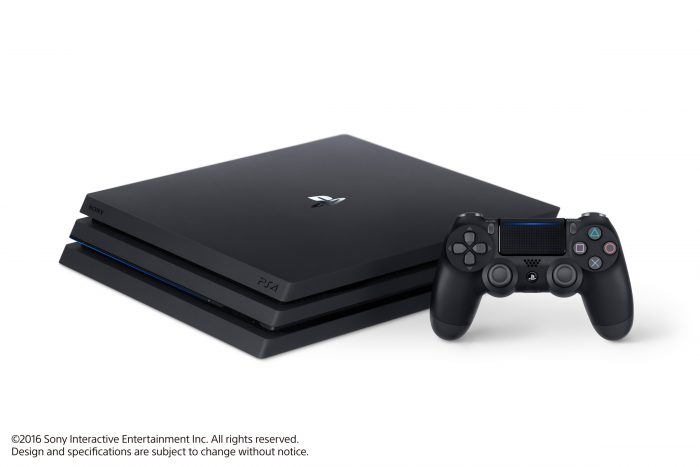 I am sorry to say this, but for the moment it seems like Sony is losing a rather unecessary battle of hardware upgrades. History repeats itself once more. Gamers keep wanting games, and publishers think we want hardware upgrades. Nope. We just want good games. Several console generations back, Microsoft and Sony were trying to lure people with console hardware upgrades. When you think about it, there’s nothing really surprising about this. After all each holiday season, when MS and Sony upgrade their consoles, they hope is to drawn in those who haven’t bought the base models yet. It’s like they are saying: “oh look, this is out, it’s upgraded and it’s not that expensive.” That’s fine. Ultimately, the ever-growing gaming community just wants GAMES. Hardware upgrades are less important to the average console gamer (or indeed any gamer). Hardware upgrades are important to hardware enthusiasts. Eventually, Sony issued a list of games that will support 4K graphics. Check it out below:

Don’t forget, you need a 4K TV to fully enjoy these enhanced games. The PlayStation 4 Pro will cost you $400/£349 and a decent 4K screen will cost you considerably more. You decide if it’s worth it. So, why is this a mistake? Well, it just seems like an unecessary move on Sony’s part. Sony pushed out the upgraded console too soon and top of it were massively criticized for having one of the most boring presentations for it.

How it should be done: Microsoft’s Xbox Scorpio seems to have the edge over PS4 Pro – more powerful hardware. The PlayStation 4 Pro has an octa-core AMD Jaguar x86-64bit CPU with 4.2 Teraflop GPU and the Xbox Scorpio is reportedly going to boast a GPU of 6 Teraflops. The Xbox Scorpio will have a 320 Gbps bandwidth and the PS4 Pro will feature 218 Gbps. Meanwhile, Scorpio’s GPU utilizes GDDR5X memory, which is similar to Nvidia’s GeForce GTX 1080 graphics card – the PS4 Pro uses the standard GDDR5 memory. All of this, is effectively going to put Xbox One Scorpio the most powerful console on the market. Sorry, Sony. You really had the lead, but you seem to be falling behind…

By now I’m sure most of you have heard the news that Bethesda decided to axe their review copy policy. In other words, games from Bethesda will now launch strictly one day prior to the official release date, which means everyone, both the press and the public, will get the game at the same time. Here’s Bethesda’s angle: “If we created top-quality games in the past, there really is no need for you to doubt our products.” True. Skyrim, Fallout, Doom – those are all top-notch titles. Unlike, Doom, however both Fallout 4 and Skyrime were very buggy. Discontinuing early review builds means gamers won’t get the chance to hear the critics opinion before the game is released, hence they won’t be able to know if the purchase is worth it. Hell, maybe they’ll even want to cancel their pre-order. This way, consumers won’t get that chance. Yes, Bethesda, by all means, has a right to do this. It’s about their products, their games, and they have the right to be confident, even smug, about what they do. And yet, here we are. The consumer is, once again, being screwed due to someone’s bullshit business agenda. Hiding behind the notion that ‘this is in the consumer’s interest’ when it quite obviously isn’t.

Have we forgotten Batman: Arkham Knight (PC) so soon? Fair enough, if it turns out Bethesda releases flawless games that never disappoint, then by all means support this by still pre-ordering their stuff. On the other hand, you can still wait for critics to express their opinions on Bethesda’s games. Critics are here to warn you: “this game is an unfinished product, guys, just wait for the patch.” Or: “this is great, go out and buy it now.”

How it should be done: Simple. Don’t kill off early review builds. It looks like you have something to hide. It only makes players suspicious. Bad move bethesda.