God Eater 2 is almost 3 years old now. The fans of the first game who don’t live in Japan or at least don’t speak Japanese well enough to enjoy a game in this language, have waited for quite a while in order to play an updated version of the second one – Rage Burst – in English. That day finally came and the game that originally only existed for portable consoles now has versions for PS4 and even Windows, beside the Vita version. While the fans of the series won’t need much persuasion to give Rage Burst a try, the rest who aren’t acquainted with this game, here is what you can expect from this renowned Japanese hack’n’slash.

As soon as the game starts on a big screen it becomes obvious that it’s a port from a portable device. Not only do the graphics suffer, with bad textures and blur, but the whole screen along with the cumbersome parts of the HUD looks like a really shoddy work. The PS4 version is almost identical to the Vita version which now emphasizes all of its flaws on the big screen. While the main characters and monsters are nicely designed, it’s far from actually persuading anyone that this is a next gen game. And once the mediocre models start running through poor and badly designed vastness, you will be absolutely sure that the visual aspect is not something that will draw you into this game. 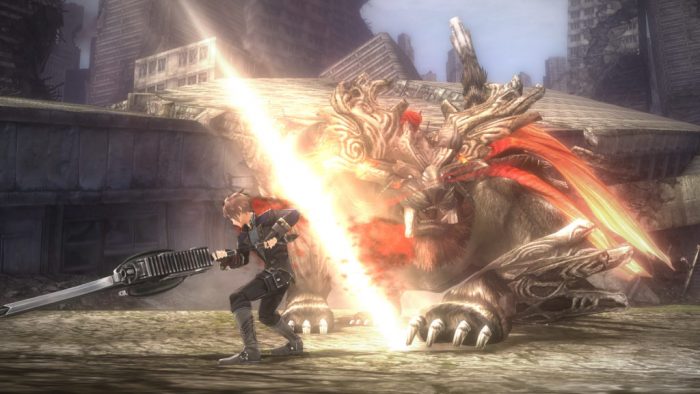 The situation is actually the same with the audio as well. The sound effects completely leave you with an impression that you’re still playing on a portable console. There is no fullness and it’s just too sharp. Once we add English acting to it (Japanese is definitely better) permeated with lame and often nebulous dialogue, you’ll be convinced that the audio and video are two sides of the same coin. Though the bright side of this disappointing presentation is excellent background music. Definitely listen to the soundtrack if Japanese opera and pop seem like an interesting experimental combination. 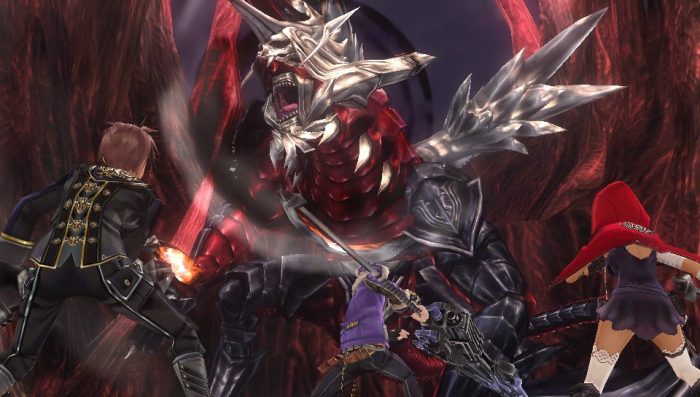 But one thing is certain; God Eater didn’t make its reputation with its mind-blowing graphics, but by its gameplay. And in it it’s is very precise with what it has to offer and is really great at it. If we were to compare how it plays to another game, we would compare it with the famous Monster Hunter, but still – God Eater is its own game. Unlike the famous Nintendo game, God Eater is palpably faster and it offers a large amount of options in customizing the game style by modifying weapons. You may even compare it to Dark Souls as when it comes to the difficulty, but unlike that title, here you’ll be greeted by a more timid introduction temp to the game. In time it will become a challenge even for the most persistent players, who will by then develop their own battle style to such a level to welcome an increase in difficulty. 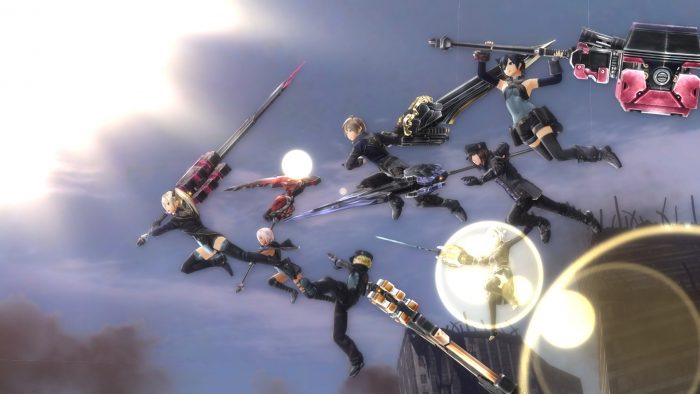 But even here not all is perfect… Some instances, especially near the beginning of the game, will be horribly repetitive. Actually not just instances, but tasks and opponents also, all of which greatly risk pushing you away from playing more, which again leads to the main conclusion about God Eater 2. This is not a game that holds your hand or promises more than you’re willing to grab. For every God Eater veteran, this will be a familiar place that undoubtedly holds many reasons to play it. Everyone else with any positive experience with the first game will already know in advance how rewarding it gets after fearlessly perforating the repetitive challenges. Only then will all pieces fall into place and God Eater becomes something really special. 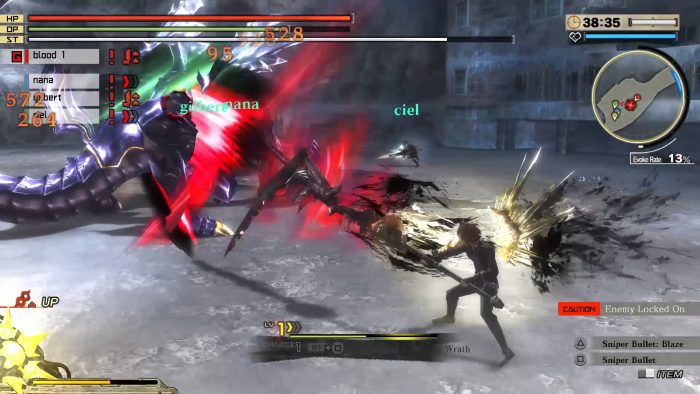 Still, we can’t overlook the fact that this is a big screen edition. Even if the game offers the possibility of cooperative play, even between PS4 and Vita consoles, and can somewhat justify the same visual experience with that, it’s really unforgiveable when a game’s visual representation greets you in such a disappointing manner. The lack of quality and obvious technical issues would lead anyone to rather try the Vista version, and every new player with no knowledge of the series is at risk of being driven away within the first few minutes of the game. This is the reason the game doesn’t go as far as it truly deserves in its core. While the old players will probably relive the moments of happiness they hoped for, God Eater 2: Rage Burst probably won’t attract many new fans. Even if it’s great, it’s definitely not for everyone. So we warmly recommend if it’s even possible, let someone who already played the first game lead you into this world first, instead of risking less than a mediocre impression of, deep down, one very good title.