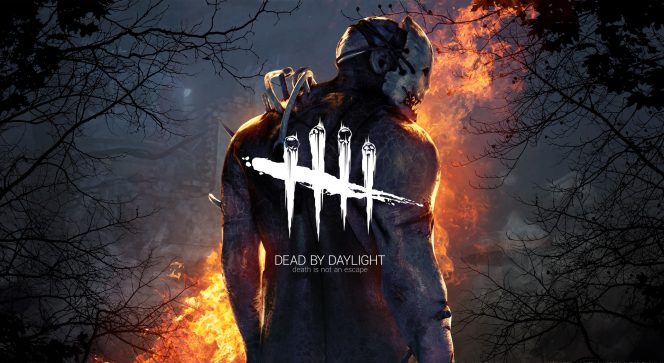 Horror games have been an inspiration to many game programmers for decades now. The feeling of helplessness and not so great chances of survival was light motives that lead the whole genre to constant improvement. Those who played Alone in the Dark or maybe Resident Evil when they were younger know too well that they had to carefully plan out every step and move in order to progress. And this did not change over time. The graphics changed, the gameplay changed, the setting changes, but one rule was clear. The atmosphere always had to be on point.

The one thing that never seemed to be up to par was the AI. Even today there are games whose artificial intelligence isn’t on an admirable level. But once Amnesia appeared, everything became clear as day. A single monster on the entire map was quite enough to make you feel constant strain and have the chill running down your spine at everything you hear, let alone see.

But what happens when that AI is no longer AI? When you can’t anticipate or learn it and you’re never sure of what its next step might be because every one of us is different? When you know you need to escape, and on the other side is another human being who thinks just like you. And he is looking for you. Horror has just reached a whole new level. 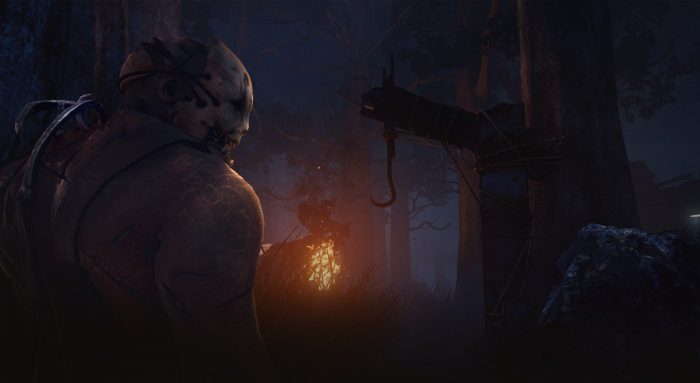 Dead by Daylight is an asynchronous co-op in which 4 players take on the roles of people who need to survive that horror, while the fifth player takes on the main role as the killer; the role of the one who’ll strike fear into the bones of the survivors and make their blood run cold with fear. Who will leave triumphant and who will forever remain at the compound…

You already had the opportunity to read the majority of our impressions as well as a detailed gameplay description in our review of this game’s beta. For those who missed out on that (although they can always look it up on our website) we can sum it up for you: there were also four survivors available in the beta, one killer and one map and you were limited to five levels. Fixing the generator remains the main way for the survivors to escape the compound, but there is now another option if you remain alone with the killer, that being a shaft that opens once you’re the last remaining survivor on the map.

Leveling is now, of course, unlocked with lever 50 being the maximum and the number of available survivors has remained the same four characters who you level up separately and unlock perks and accessories over time for each one separately as well. The situation doesn’t change even if you play as the killer. Of course you’ll have a completely different array of perks and useful tools but the principle is the same. The difference is that now you can choose between 3 ‘creatures’ to terrify the poor survivors with.

While earlier Trapper (inspired by Jason from the Friday 13th series) was the only choice, now you can go for Hillbilly, a deformed man with a huge chainsaw as his special weapon. If The Hills Have Eyes and Wrong Turn are you favorite movies, this is the direction you’ll want to go in. The last one is Wraith, a creature whose greatest strength is invisibility. So, from a trap setting tactician, over an aggressive chainsaw wielding lunatic, to a stealth player – Behaviour Digital tried to cover all possibilities when it comes to chasing people. 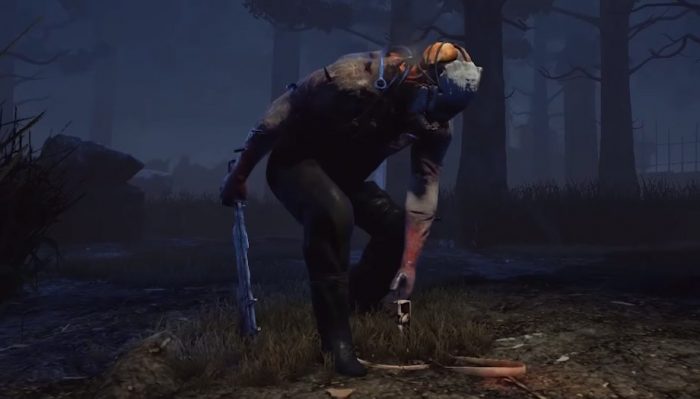 There are only 3 fundamental maps, apart from the compound from the beta, we now also have a corn fields and a car graveyard, but each has a few possible variations, so that’s not that big of a problem; although it would definitely be better if the available number of “playgrounds” was greater.

The main objection to this game is its instability. Even though it’s very playable, there are moments in which its incompleteness will simply scream at you. Sometimes it’s random game crashes, sometimes freezes on the loading screen, the inability to enter the lobby, as well as various different bugs. The game just doesn’t seem polished. 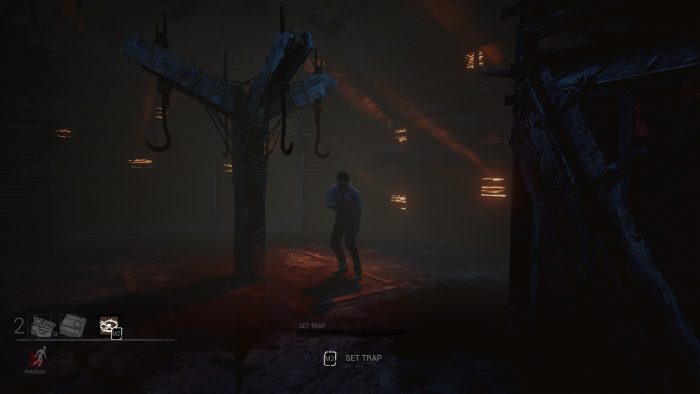 If you add to that the inability to play with your friends (except in the special Kill your friends mode that doesn’t bring any kind of progress, aka blood points, that represent XP in this game) you’ll get the impression that the game could have dealt with some things a lot better. To be fair, the developers did announce a co-op mode in which friends can finally go together in the same competitive lobby.

All in all – yes, the game has its flaws and problems and it could have done with much more variety to it. But the core is amazing. The idea is great. This is really something new and fresh in the horror genre. This definitely won’t be the best game you are going to play this year, but it will be different than anything you’ve been playing all these years. Different in a good way. If you are a fan of horror and survival games – you should definitely give it a chance.