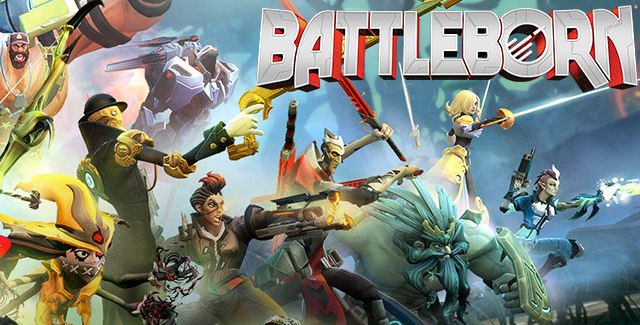 Pompously announced by Gearbox as a “hero shooter”, Battleborn was supposed to be a hybrid game – a combination of first-person shooter and the mega popular Multiplayer Online Battle Arena, i.e., MOBA. On paper, all the ingredients for success are there – Gearbox creating it, game design based on Borderlands, appealing graphics, fun theme, humor, a big cast of characters…

Even with all that, many were skeptical when the game was announced. Not only did Battleborn appear when “everyone’s” releasing their team shooters with cartoony graphics (Overwatch, Gigantic…), but the sole concept of developing a title meant for third-person view, but taking place in first-person has raised many eyebrows in the community. So, Battleborn is here and here’s what it’s like. 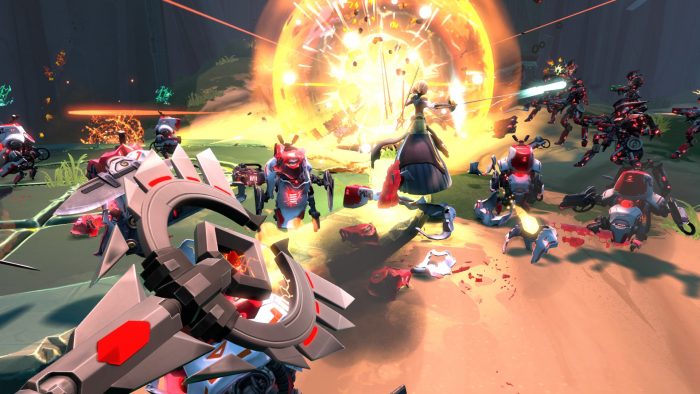 For 60€ you’re getting a game that will in the future be expanded by DLC packs costing 5€ each, and all of that can be bypassed by buying a “season ticket”. Something that players would find hard to forgive even to Blizzard, is the first thing to worsen Battleborn’s position.

Both the single player campaign and playing with others boils down to beating back wave after wave of enemies in different situations and scenarios, which becomes monotonous after a while. Beside your main character, a small breath of fresh air is provided by robots and other mechs that you can coax to your side, but it’s all short-winded, just like the game’s humor. There are only traces of the recognizable Gearbox/Borderlands humor, as if this game received everything that didn’t pass the scrutiny for Borderlands. 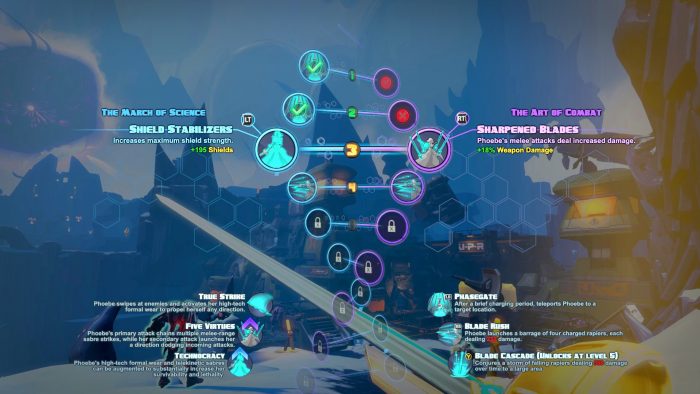 The heroes, in a typical MOBA fashion, progress and unlock new powers and abilities, which makes it somewhat interesting – especially in multiplayer – but the gameplay fails to lend itself to making it any more interesting than that. If we didn’t like how In Overwatch it didn’t seem we were damaging the enemy at all, then Battleborn’s situation is a couple of times worse. The characters move too slow and seem like they’re levitating, and all your projectiles’ hits feel like they’re coming from NERF guns, and not the deadliest arsenal the galaxy has to offer, and when the battle is joined it’s hard to discern what they’re doing, what you’re doing, but also how the most effective attacks with such impressive light effects seem to do so little damage. 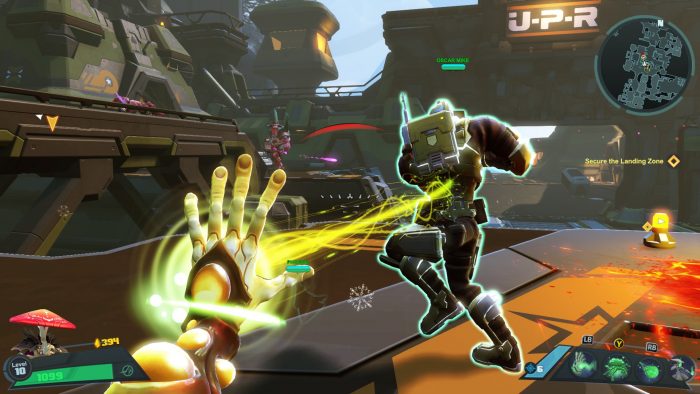 Additional problem lies in the fact that the multiplayer maps were created with a MOBA mindset, which transfers poorly into first-person view. The players have no possibilities to find out what they’re supposed to do and where the goal is, because they don’t have the same overview that watching from “above” provides. 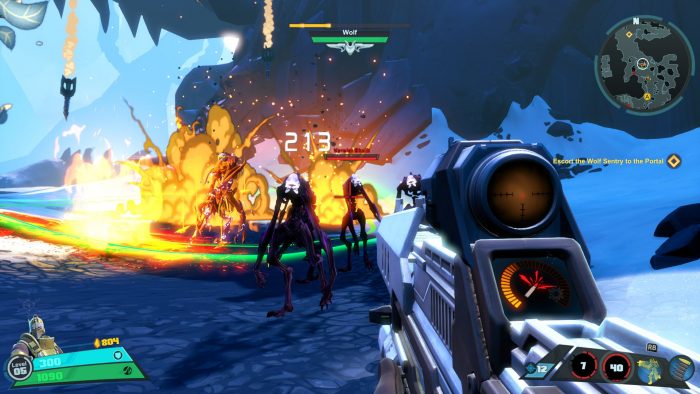 It’s hard to say much more about Battleborn. Although 25 heroes doesn’t seem like a small number, the fact that the gameplay comes down to a repetition of beating back waves of enemies to be rewarded with a change of color in your character’s costume leaves little room to grab the player’s attention. It seems that this game is (unfortunately) the biggest loser of the gaming world’s “elections” held in May. Compared to such titles as DOOM and Overwatch, Battleborn represents an “OK” shooter that will surely be forgotten by the end of the summer.