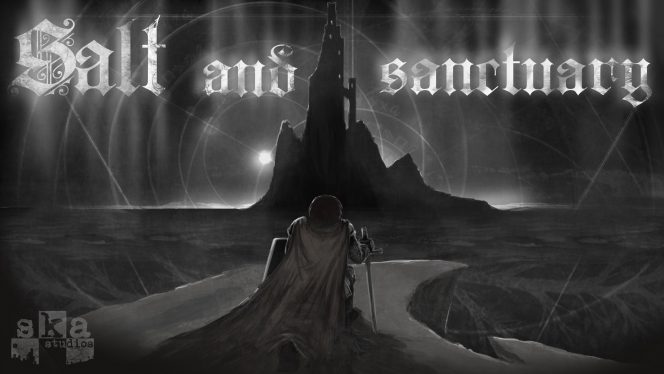 Many of you will know what transitioning from 2D to 3D did to some cult games. Successful recipes got smudged, precious ingredients spoiled… In one word, famous titles failed miserably just by following the latest trends and developments in technology. Why is that so? Many think it has to do with the fact that by changing the environment, i.e. the number of dimensions we see the game in, changes its focus. In other words, the focus of the originality and attraction of the game would become watered down beyond recognition. Now that this “tragic” time of “dimensional transition” is over and many developers have continued their old hits only through old 2D gameplay, aiming at nostalgia at the same time, here we have something completely different. 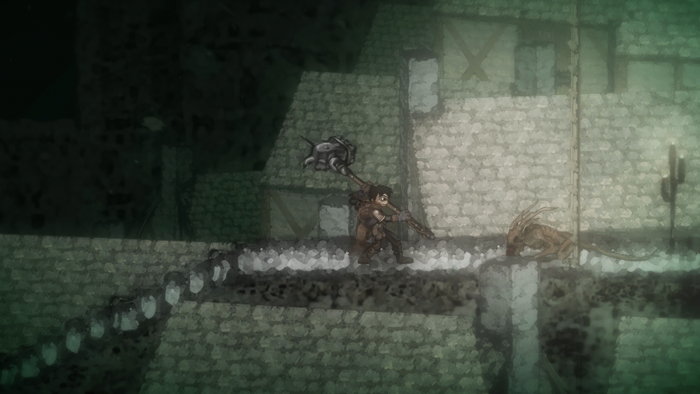 What happens when a 3D game is transitioned into a 2D environment? A complete disaster! As it turns out, not necessarily. Even if it’s not a genuine transition of a game from one environment to another, we have a game that undoubtedly draws inspiration from a few other titles, something that can’t be ignored.  The inspiration is in fact so obvious that it may be characterized as “creative theft”, which isn’t really that uncommon these days. On the contrary, if well executed, it becomes a method that is highly appreciated.  Because, in the end, who cares who “borrowed” what from whom if the final product is amazing? That’s right- no one.

Salt and Sanctuary is an almost perfect Souls Series double, transferred into a 2D environment and with the mechanics of games such as Metroid and Castlevania. There almost isn’t an element in this game that won’t remind you of games from these series. And since Souls games are hard to explain to someone who has never tried them, we’ll leave lots of space for new players to explore this time. Therefore, we’ll look into this title and compare it to the Souls series and the so called Metroidvania video game subgenre. 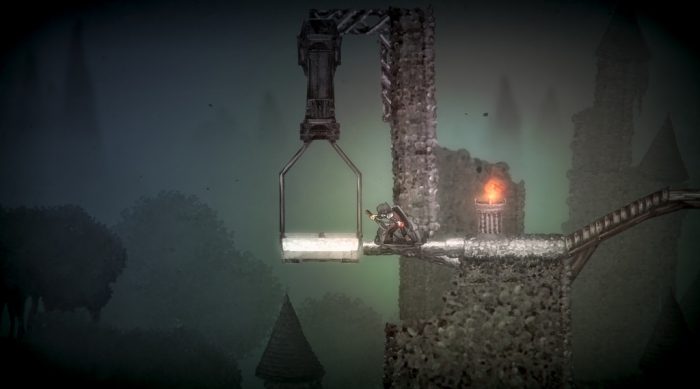 In Salt and Sanctuary you’ll have to cope with a true Souls tempo.  This is a place where you don’t want to rush things. Every step must be carefully measured, or you’ll face a very quick death. The enemies lurk at every corner and they tend to surprise you when you least expect it. Once you balance out the tempo between what the game imposes and what suits you, you’ll find that the game suddenly becomes much easier. You’ll block the enemy attacks easier, dodge and even counter strike. Unlike Souls games, here you’ll get to experience a much wider variety of combo hits, which will enable for a faster gameplay and somewhat more active combat. But death will still have its meaning. The chance that you may lose much if you make a wrong move and that you’ll have to go through large segments all over again is still present in all its glory. But there are also many possibilities. If you choose to re-play the game a few times, you can be sure you’ll never have the same experience. Choosing a class as well as the way you upgrade your character, even choosing which “order” you belong to, can influence the way you’re going to play the game a lot. Although the Order system isn’t explained too well, which we have to admit can be bothersome, it’s very broad and it represents an important part of the Salt and Sanctuary game. 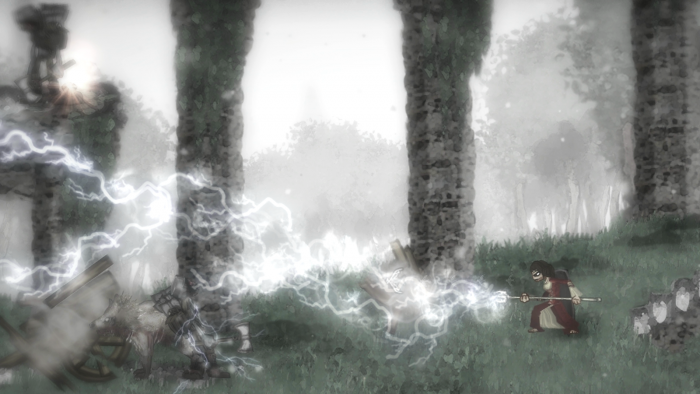 Since the game is set in a “Metroidvania” environment, you can be sure that there are huge excellently designed labyrinthine levels waiting for you. The game’s mechanics open up the possibility to access new locations by acquiring new moves, and it will still lure you to play on. The fact that the Souls games don’t have a map, and we have large 2D levels alike Metroid and Castlevania, makes the lack of a map seem a bit unusual. But as soon as you get used to playing a mash up of all these games and genres, it’s not going to bother you that much, but will make you want to reveal the whole puzzle. Not to mention that the same thing is present when it comes to the story, because you’ll have to piece together the story based on scarcely scattered information and NPCs you encounter. 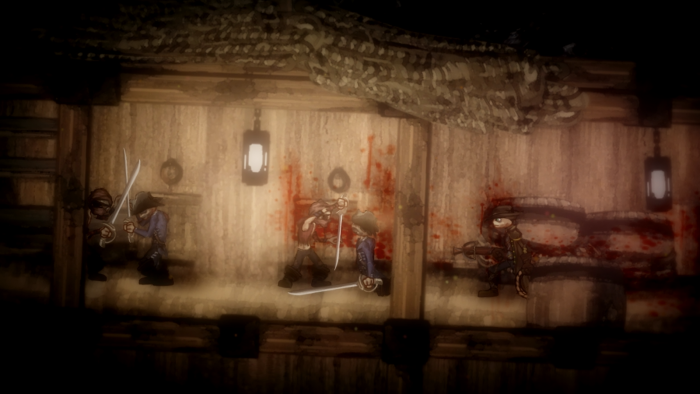 You may have noticed that we had barely any objections to the gameplay itself so. The only thing that can be highlighted as a minus is a consequence from the lack of budget. The character and environment designs were chosen according to the minimalistic possibilities of the development team. Although the characters are on the brink of being simplistically-grotesque, we have to admit that the development team did an excellent job with so little visual resources. Probably the most beautifully designed are the enemies – especially the boss characters – who will make you hold tightly onto your controller, just like the ones from the Souls games. You’re sure to notice all of the graphical lacks and flaws, but you won’t be able to shake off the feeling that although not on an amazing level, everything still makes one fully functional whole that does its job. 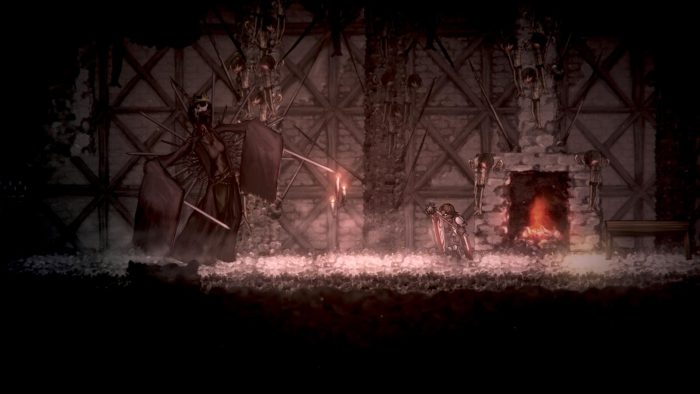 The same goes regarding the music, which was also obviously limited by a small financial pool, and also does its job well enough. You’ll often hear segments playing on repeat, and sometimes you won’t hear any at all. But even if all of this was made in a way that its minimalism adds to the dreary atmosphere the game is trying to built, we must admit that it’s a real shame that at least a bit more wasn’t invested into the game. 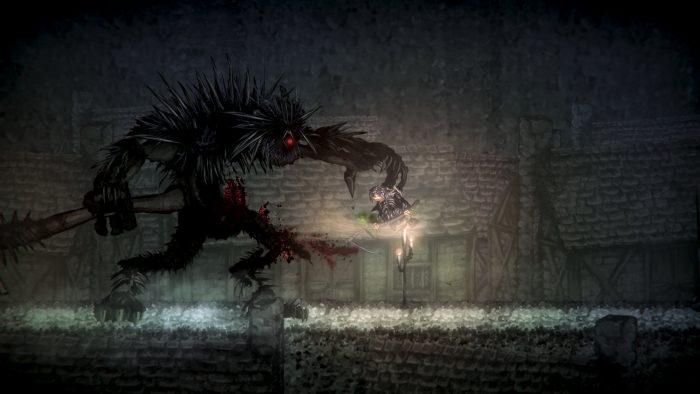 Lastly, to sum it all up – we definitely recommend it. Even if at first you may be repulsed by the fact that this is a Souls clone transferred into a 2D environment, you’ll soon discover not only the depth, but also the undoubtable genius of the gameplay . Salt and Sanctuary is a perfect example of how to transfer a game to a different dimension in a way that will compensate for all newfound shortcomings with brilliant improvements. Cooperative play mode, deep character development system, many possibilities to combat approach… If this was the first game of this type you tried you’d be convinced that it’s impossible to make it work in a 3D environment. But now we have the option to directly compare the two. There’s no doubt that Salt and Sanctuary is a successfully launched product that stands shoulder to shoulder with its inspiring role models. If you like hard 2D platformers that will reward you twice as much for every successful venture – be sure not to miss this amazing title.