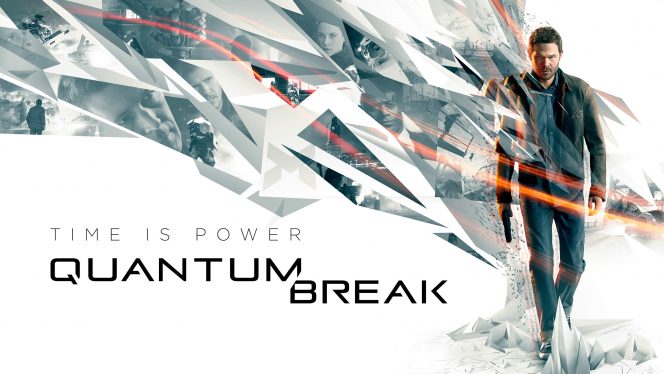 It seems that over the last decade and a half, television and cinema have switched roles. The television nowadays invests in intriguing and thoughtful shows (Breaking Bad, The Wire, Black Mirror), while the cinema mostly invests in blockbusters (The Avengers, X-Men, Hunger Games). Previously, TV shows were mostly sitcoms (of course, with exceptions), while we went to the movies to watch The Usual Suspects, Fight Club, etc. Quantum Break is trying to go one step further and connect a video game with a live action show. They’re not the first who’s tried something like this (Battlefield: Hardline – we all know better than to talk about that game), but even if it looks like a cheap show, at least it look authentic. It’s a shame that the gameplay is subpar.

The storyline follows Jack Joyce (Shawn Ashmore – X-Men) who, along with his friend Paul Serene (Aidan Gillen – The Wire, Game of Thrones), activates a time travel machine designed by Jack’s older brother William (Dominic Monaghan – Lord of the Rings, Lost). There’s an explosion after the machine activates, Littlefinger becomes a villain, Jack gets time control powers, and kicks off a series of events which I won’t spoil because the plot is pretty fun. Although the mix of cinematics and live action tells the core of the story, the details and very interesting story elements, as well as closer character descriptions, can all be found in a myriad of documents, computers and journals hidden throughout the levels, and I recommend that you read every one of them because, firstly, they’re not boring, and secondly, they help you immerse yourself deeper into the characters and events. It seems that most of the budget went into paying these famous actors who are giving it their all, but the rest of the live action sequences seem cheap and unfinished. What I found the most perplexing is that there are more motion captured cinematics than there are live action sequences. Every clip which contains live action is streamed, so if you don’t have good broadband, those clips will stutter. 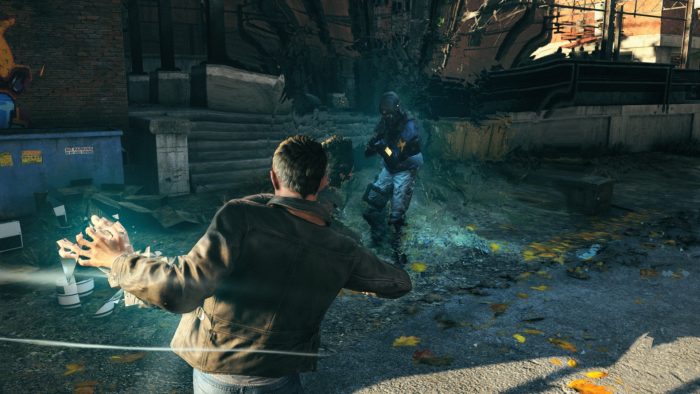 The weakest aspect of the game is the gameplay. Quantum Break is a third person shooter and includes special powers and automatic cover system. The weapons are generic, there are only a few of them, and they’re hard to differentiate from one another. Which is a shame, because throughout the game you’ll be assailed by enemies wearing armor that’s specially modified to control time just like you, but they don’t have any special or interesting armaments. Also, there are only a few different types of enemies, so the game becomes very dull, very fast. About half way into the game, some absolutely unfair enemies appear, who only have a single weak spot on their back, which is difficult to spot, let alone aim at with a controller. There’s an interesting game mechanic that allows you to choose how the story progresses at certain points, but that won’t influence the final outcome, just the cinematics, conversations and live action parts. 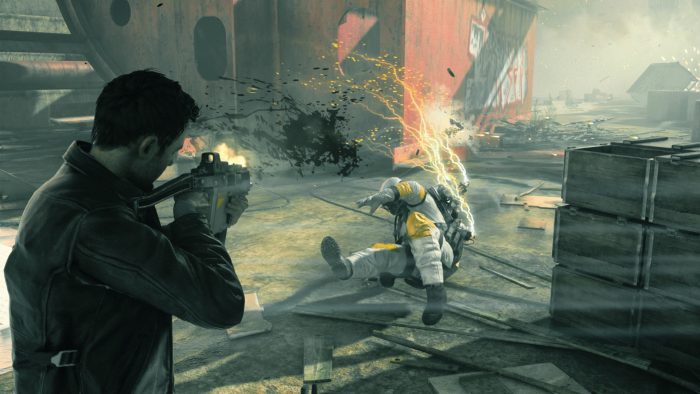 As I mentioned previously, Jack has powers which unlock as you progress through the game. From time shield, to time grenade, and super speed, i.e. slowing the time around you to very bad bullet-time – which is weird, considering Remedy introduced this concept in Max Payne games. Here, bullet-time is all but useless. Each power can be upgraded by collecting time fragments, but to be honest, I didn’t see much use for those upgrades because most of them simply prolong the effect without changing the power’s mechanics. The game will often spoil its momentum and immersion – for example, where on one part of the level your powers can open a certain door for you, they can’t open another on a different part for an unexplained reason. 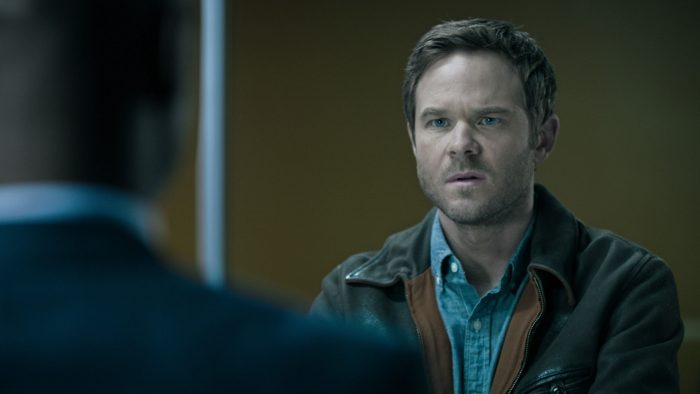 Time travel stories are notoriously hard to write without encountering a few mistakes or holes. Although I managed to find a few, Quantum Break makes an effort to close the circle. Moreover, near the end of the game you can find a huge calendar which explains most of the events which transpired and their chronology, and it was very interesting to follow along and see how they connected their own story into situations that actually happened, such as the terrorist attack on the Twin Towers in New York, the financial crisis, and even the beginning of the Apple, i.e. iPhone phenomenon. 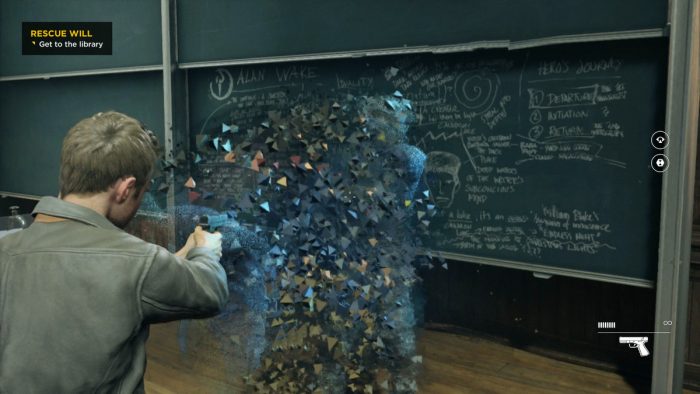 The levels are very well designed and detailed, especially the background which depicts the total ruin of time and it seems as if all of that is really happening to our protagonist. Time distortions which you experience, as well as sound stuttering and high pitch noises, all masterfully evoke the intensity of the situation. However, the game features terrible motion blur which plummets the frame rate that is already locked at 30, and besmears this otherwise beautiful looking game. Also, the game crashed for me a few times, and always during very involved fights. Microsoft went too far with advertisements for their products, so every PC in the game runs Windows 10 and every phone is a Windows phone. Although, considering how easily some characters in the game hack into all of those, it seems it might be counterproductive. Another obvious sponsor is Nissan, because all of the vehicles appear to be theirs, not to mention all of the advertisements and billboards. Remedy also followed suit, so you’ll often see references to Alan Wake game, as well as details from it, for example the Night Springs TV show. 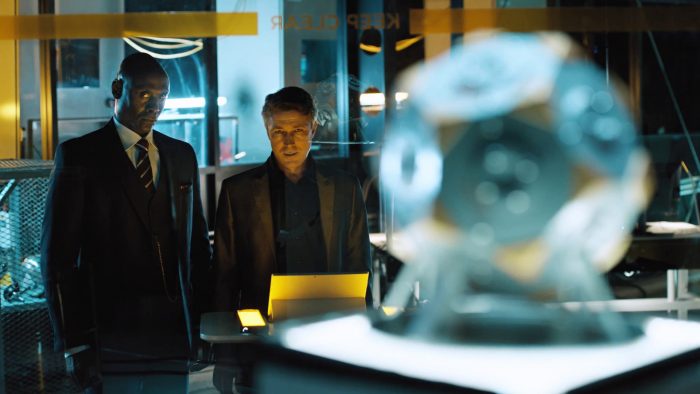 In the end, I’d say that Quantum Break is a good story with interesting ideas told through bad gameplay. It will certainly provide you with about 8 hours of fun, if you decide to collect all the hidden things and chose different paths, but it won’t make you play through it again any time soon.