I was more than a little excited for this title because I thought it’s going to hit that nostalgia spot and bring back the good old days of Supreme Commander. The game was marketed as a DirectX12 game that will showcase all of the features of DIrextX12. I was disappointed. 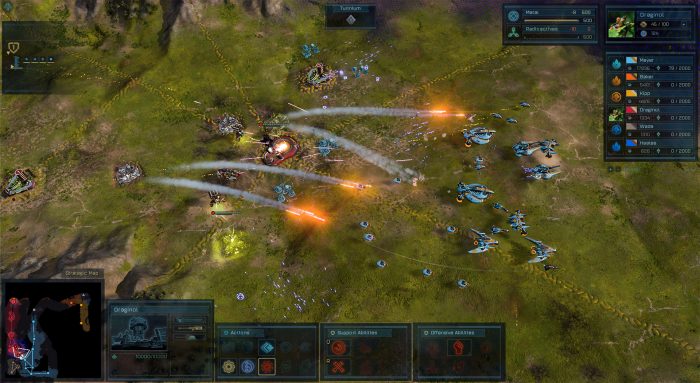 Ashes of Singularity is set in year 2178 where humanity is at its peak and has decided to “boldly go where no man has gone before”. At some point, their AI decided to rebel against them and now they’re at war with each other. And that’s it, that’s the whole story. No imagination, no originality. The story is boring and is told through text that just pops up in the middle of a mission. For example, in one mission I was assigned to defend against waves of enemies. Noticing that I didn’t do the best job of organizing my defenses, I had to react quickly and invest into stationary cannons. At that exact moment, a pop-up window appears to show me the story, taking control of the game away from me until I read it, but without pausing the game. And that’s how I found myself reading about how I should be building anti-air cannons, which were already being built, while watching waves upon waves of enemies slicing through my base like hot knife through butter. A few missions had goals and stories that were so boring, that I found myself fighting sleep instead of enemies. Map textures are generic and uninteresting, even though the game was advertised as a pilot for DirectX12. The units are stale and visually barely discernible from one another. When you select them, they respond with impersonal robotic sounds, making you care little for them and sending them to die comes easier for it – in fact, the game tells you to do so a couple of times. The whole campaign is actually a tutorial for multiplayer and skirmish modes. 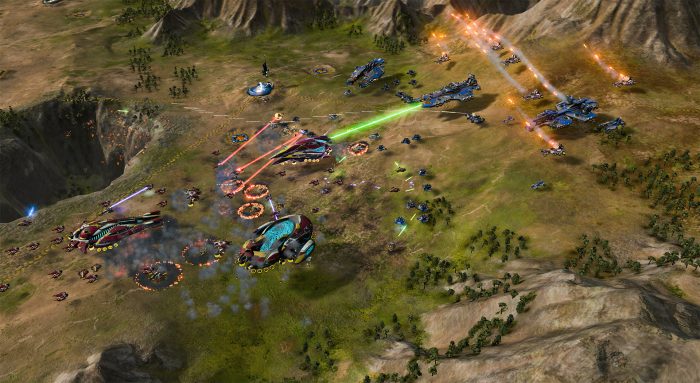 Ashes of Singularity is an RTS that wants to be played mostly through strategic moves and economy (macro), rather than careful unit maneuvers (micro). Essentially, I grinded out units and then sent them in my enemy’s general direction. The game supports a huge number of units on screen, and some battles turned into rave parties because nothing could be seen from all the lasers. Big clusters of units can be turned into “armies” and as you make new unites they get automatically added to it. But, there’s also the good old option for grouping as well. Armies are only as fast as their slowest unit, which means that you’ll have to take care how you organize your units for maximum efficiency. 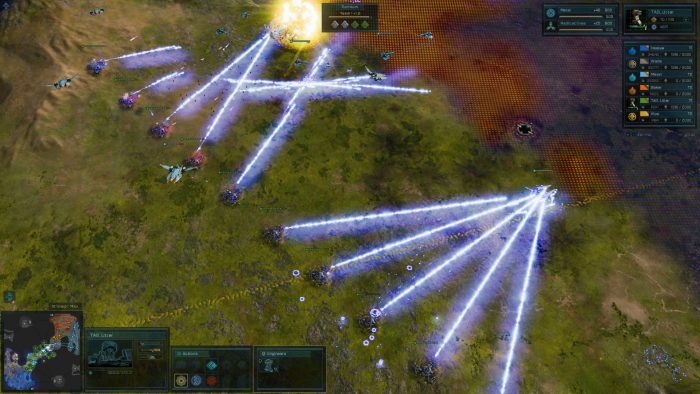 The choice of buildings is fairly standard, and includes Factory, Armory, and all of the others that serve to produce your army. However, three buildings do stand out, including two that sent nano-robots to repair your units, or destroy the enemy’s, and the Orbital Fabricator, which allows you to upgrade units, as well as teleport reinforcements from Earth directly into combat. You do that using a special resource called Quantum, which generates during the game. Along with Quantum, you’ll have to collect metal and radioactive matter from special points on the map on which you’ll first need to build specialized borers. 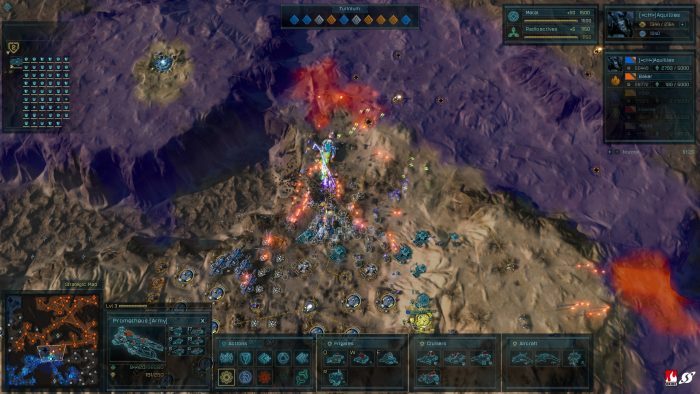 The bright spot of the game are skirmish and multiplayer modes. In them, you’ll have to use everything that you’ve learned from the campaign’s 11 agonizing missions to survive. The AI is ruthless, and I can’t discern if it’s cheating or is just so well programmed. It ambushed me, flanked me, waited for me to act first, and analyzed. I’ve “rage quit” more than once, when after 10 minutes the AI has 200 units and I’m still building up (git gud!). But the satisfaction after winning a battle is almost as immense as beating a boss in Dark Souls. 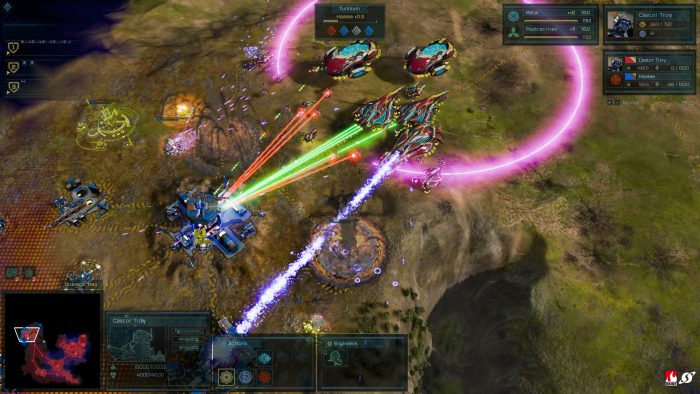 I recommend Ashes of Singularity only to players who want something nostalgic and difficult, while I advise the rest to save their money. The game offers nothing new, nothing different from what we’ve seen from other similar RTS games. There was a lot of hype during the development of this game, only for it to drop rapidly with its release.