February is a weird month when you work with anything in deadlines because there are a few days less to allocate – to both work and gaming. Leap year to the rescue! Adding one more day to help us round out this very busy month when it comes to the gaming scene.

And boy, did we have some interesting releases! Our office was split and divided into warring factions, each vying for supremacy and lobbying for their title to be crowned with our prestigious “Game of the Month” title. On one hand, Street Fighter V gathered around a crowd of staunch followers, although its critics pointed out just how bare-bones it was on release. Then we had The Witness – a sleeper contender that had us chasing our tails and drinking ginkgo tea while we tried to solve its mazy puzzles. Next, the new Garden Warfare brought us out into the backyard to remind us that not all shooters had to be drab, rugged and colorless, while Ultimate Ninja Storm 4 enabled the epic Naruto saga to come full circle and end with a spectacular bang. But ultimately, it was Far Cry Primal that won the coveted title. This game is an interesting experiment from Ubisoft, as on one hand we have the expected mechanics of a Far Cry game, but on the other we have them leaving their comfort zone – and the comfort zone of most of the gaming world – by bringing us into the stone age, a period we have rarely seen in video games, and even less seen done right.

Along with new games, this month we got our hands onto the new beastly gaming laptop from Asus. This wonder of engineering is the very first water-cooled laptop, featuring a full-sized desktop graphics card. How cool is that? Our review also details exactly how all of this works, and it’s an interesting read even if you’re not a techie. 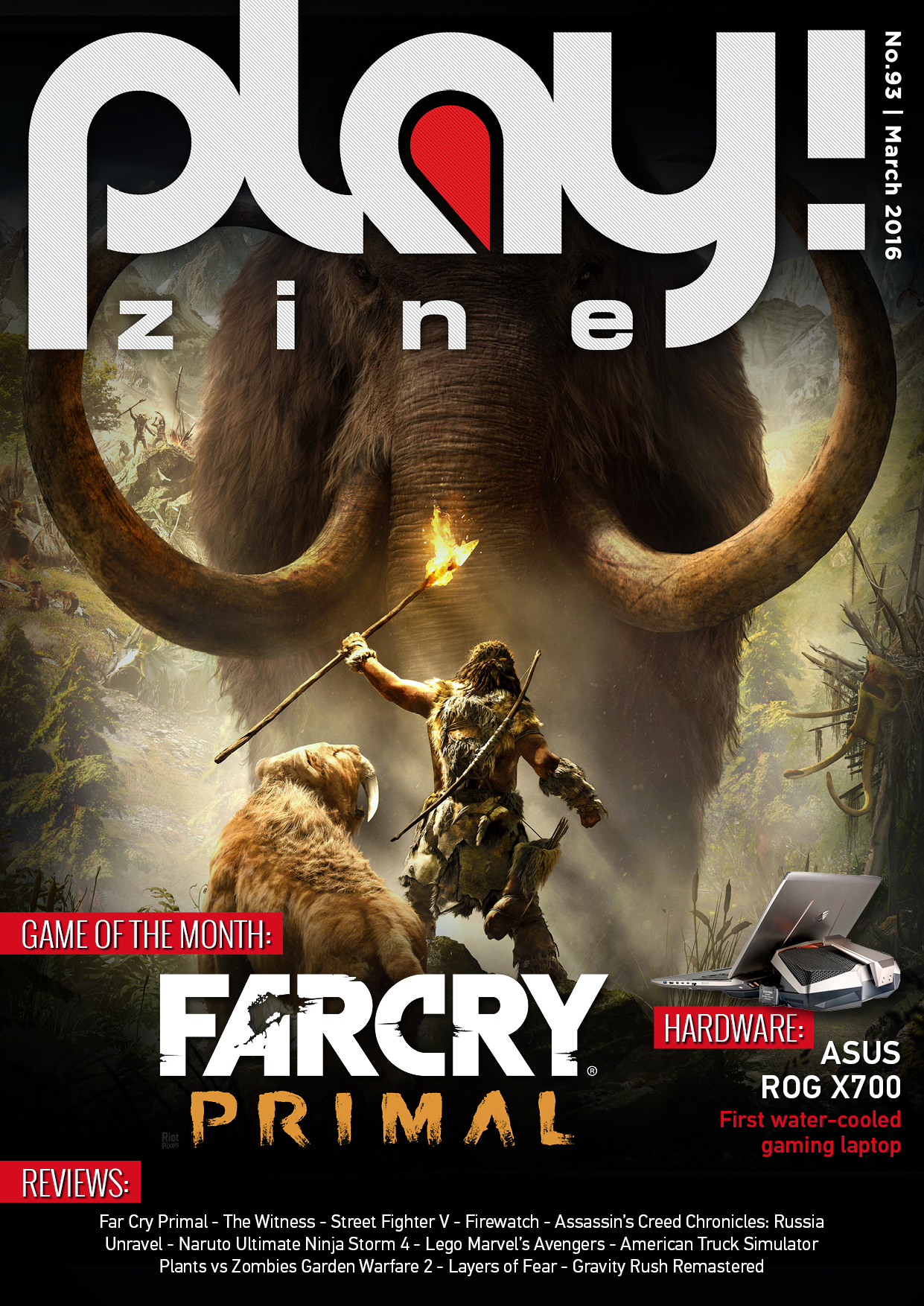