Horror genres were always notoriously difficult to develop in gaming. The developers faced the challenge of creating a quality game that is also scary (which is hard in itself), but also subtle enough to avoid the traps of cheap thrills. Especially when we consider that horror games are a very niche genre that’s easily avoided by the casual players and looked upon with disdain by the hardcore gamers. Every horror fan knows that true fear lies in anticipation and ever-creeping danger, that the tension is scarier than the source of it. The most intensive feeling of fear is actually when, seemingly, nothing is happening. The team from Bloober Team studio has understood all of this perfectly and now we have this quality title before us. 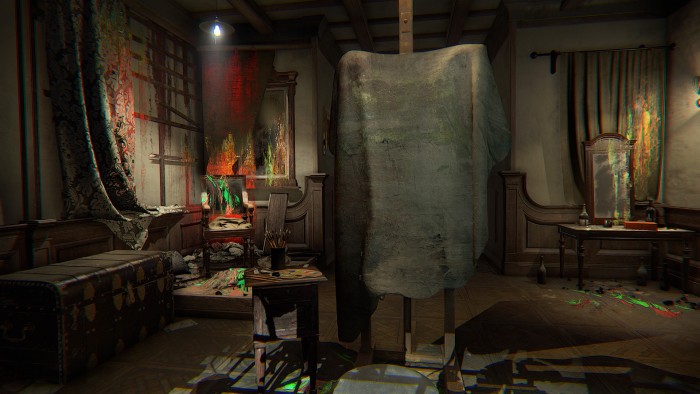 In Layers of Fear, we take on a role of a relatively young and promising artist whose talent has been compared to Rembrandt by the critics. You owned a beautiful house, you had a wife, a child, carrier… but it’s all for naught when things sometimes simply don’t go smoothly and perfectly. You start the game in your house, which is everything but a perfect home to a happy family, and everything mentioned above, as well as many other details, will be revealed in time as you progress through the game. You figure out pretty quickly that our hero is not all there and that his drinking doesn’t help it much either. The house is now empty and only filled with traces of the past on every step, with a multitude of details hinting at what is actually going on. The game takes place in the early 20th century, so the house’s ambiance is designed accordingly. A story about an insane painter is a very original setup for a quality horror game and with good execution we could expect a great experience. 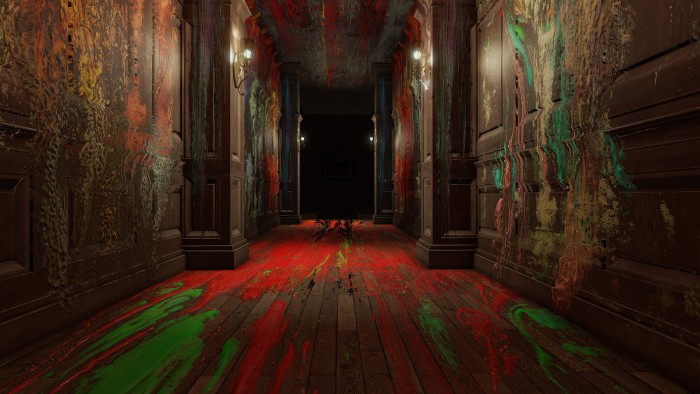 The gameplay is fairly simple – the opening of movable elements around the house, such as doors, drawers, shelves, closets, etc., was taken from the Amnesia series and is done by moving the mouse in the direction you want the object to move. In practice, this was pretty poorly executed and will often be a cause of frustration, because there is a lot to open and view in the house and it will take some time to get used to these controls. Besides, there are many objects around the house that you can pick up and inspect, and while they might not have any influence on gameplay, they all certainly have a back story, because there is a feeling that each has been placed there on purpose just to show us another detail from the artist’s life. And finally, the main reason we open those drawers and alcoves are multitudes of written documents from which we learn about the house, details about the artist’s life, but also his insanity. Then there are the photographs that you will collect to an album at your studio. 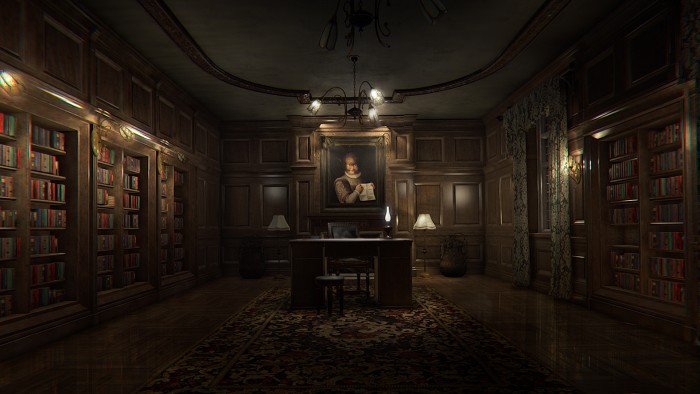 Beside the exploratory element, the game features certain puzzles which are everything but difficult and you’ll solve them almost instantly. The goal the authors had with such rudimentary gameplay is not to allow long breaks from the natural flow of the plot and avoid artificial derailment from the game’s established atmosphere.

The main theme of the game is the painter’s insanity and his obsession over a perfect painting. Throughout the game you’ll be under the impression that he is on LSD, because the colors will melt away, images will distort and become ghoulish, and the whole reality and your perception with it will change forms in weirdest ways imaginable. The whole house is filled with various paintings, ranging from portraits to psychopathic scenes. It’s quite disturbing to walk down a long hallway in utter silence broken only by the sounds of your footsteps, while surrounded by mute portraits whose faces are morbidly intertwined with traces of different faces. The game is made using a somewhat old graphics engine, but the graphics are still good enough to convey the psychedelic atmosphere of the house. The music is done in a classical style which emanates a melancholy tone throughout the game. 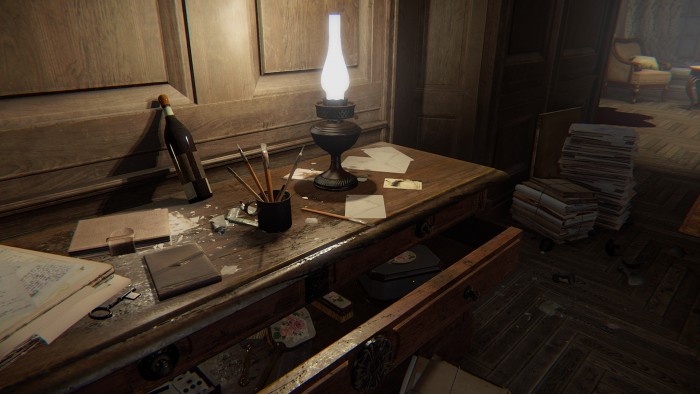 The game is definitely worth the time invested (it will take only a few hours for a play through) if you’re a fan of quality horror games, because it brings an original horror story with an unobtrusive gameplay. If you like a good subtle horror atmosphere, Layers of Fear is this month’s recommendation.