Resident Evil 7: Demo Impressions & Everything we’ve Learned About the Game at E3

One of the biggest surprises of the recent E3 was at Sony’s conference when Resident Evil 7 was announced. As with most of the games Sony presented at the show, new Resident Evil will support their VR set. But the biggest shock for the audience was not only that, but that the game is presented from a first person perspective, akin to the found footage horror films.

Unfortunately, demo is exclusive to Playstation 4 and you’ll also need to have an active Playstation Plus subscription just to download it. If you don’t have a PS4 lying nearby, we’ve recorded the gameplay from the demo, which you can watch below:

Similarities to P.T. (which also had a demo launched during an E3 conference) aren’t by chance. Just like P.T., Resident Evil 7 demo is an experience you should have firsthand, navigating through rooms and hallways that will most certainly give you the creeps. Each step makes the floorboards creek and the cracking sounds of a decaying house will overwhelm you, while this uncomfortable feeling in your chest grows every time you peek around a corner. Even repeated playthroughs won’t leave you indifferent. You’re aware that no one’s there, you’ve checked the corners multiple times, yet can’t shake the feeling that someone or something is watching you. Whether it’s like that until the finale, well, try it yourself or watch our video – we don’t want to spoil everything for you. 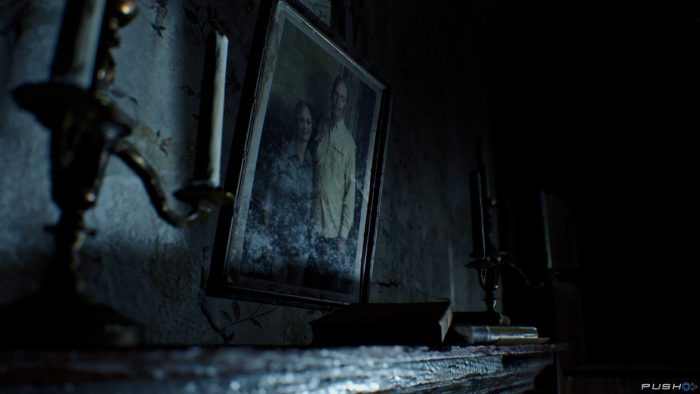 On the other hand, we were thrilled by the references to some non-videogame horror moments. There’s quite a significant section of the demo that’s a tribute to The Blair Witch Project, with a whole scene shot/played through a VHS cassette you find laying around. The pacing and especially culmination of that scene will leave many horror fans breathless, just like the mentioned movie did many years ago. There is also a scene Doctor Who fans will dread, although its potential was left unused. 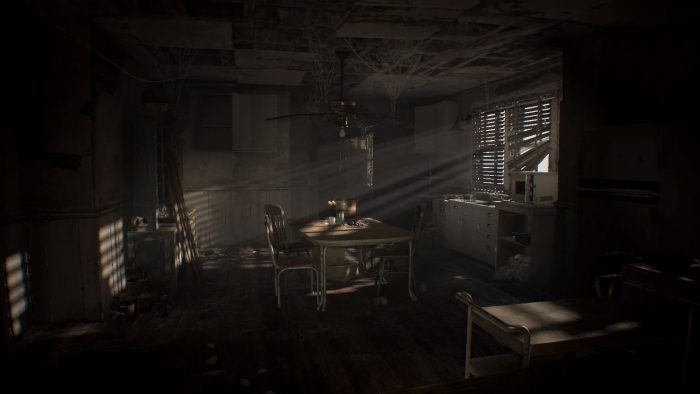 The demo is rather short and it’ll take you barely 20 minutes (even if it’s called “Beginning hour”), but you’ll want to replay it several times. Not because you want to traumatize yourself even further, but because it has several endings. Depending on what you do in the house and during the VHS recording you might unlock additional rooms or items. Currently, we don’t know whether there are even more secrets hidden in this scary ride.

Even though we were thrilled to hear that Resident Evil will be re-imagined as a first person horror adventure, not many fans shared our reactions. Demo doesn’t even mention zombies, T-virus, the Umbrella Corporation… pretty much nothing that made Resident Evil an iconic survival horror story. Capcom aimed for the first person perspective from the get go with a simple intent – bringing back the fear to a series that has long lost its surprise factor. That is the sole reason for the change of perspective and the emphasis on an eerie atmosphere with no direct confrontation with anything. This might bring important improvements to the game, mostly the complete removal of quick-time events that could potentially harm or even kill your character. The full game might not contain any of the scenes from the demo, but that wasn’t really the point. Instead, this is a taste of what kind of atmosphere we should expect in the game. 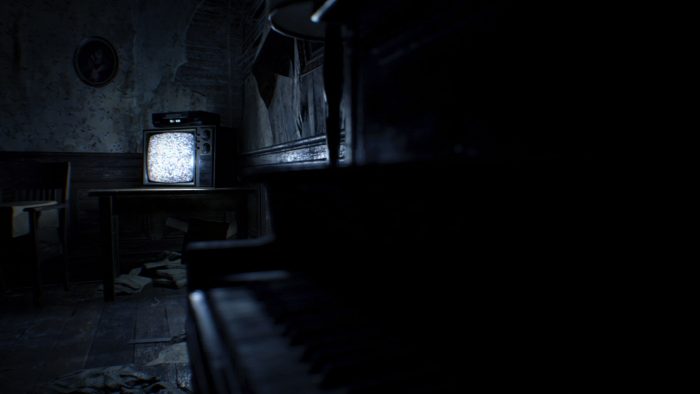 Still, Resident Evil 7 will stay true to many of the pillars this series was always known for. There will be plenty of puzzles, inventory management and even combat which will be focused on melee combat instead of firearms. You’ll even get to collect healing herbs and the protagonist won’t be a superhero who headbutts enemies or runs through closed windows at full speed without getting a scratch. All decisions that Capcom made are based on the reactions of the audience to more recent RE games. Oh and yes, Resident Evil 7 is without a doubt part of the existing universe.

Whether this new approach to the two-decade-old saga manages to be successful or not, we’ll find out in January of 2017.