We often hear that video games are meant for children and the young. We often hear that there’s nothing to learn from video games, that they’re a waste of time, that they’re something to outgrow. Mrs. Shirley Curry doesn’t agree. Shirley is a YouTube gamer who creates “Let’s Play” content of her playing Skyrim and ARK. Now you wonder, what sets her apart from any other YouTuber and why we chose her to be the first in out new segment?

Mrs. Shirley is 79 years old and has 4 sons, 9 grandchildren and one great-grandson and almost 120 thousand YouTube subscribers. She has also probably seen more of Skyrim than any of us.

We had the honor of asking her a few questions, which led us to believe that gaming knows no age:

When did you start playing video games and what made you love them?

In the mid ’90’s one of my sons gave me a computer and a game (Civilization2) and showed me how to use both. I really loved it and had a lot of fun, and just became addicted to certain types of games.

What other games do you play besides Skyrim and ARK?

All of the Civiliztion games for years, Banish, older games on disc; Syberia and Amerzone, and a LOT of others. Also I’ve started several, like Fallout: New Vegas and Fallout 4, The Park, Salt, Stranded Deep, The Solus Project, The Vanishing of Ethan Carter, and a lot of others.

What kind of game would you like to play in the future?

I don’t like space fighting but I do want to play Deliver Us the Moon when it comes out. I really want a space game for exploring… no monsters like the stupid zombies that’s in all the games now! Everything seems to have gone to the Apocalypse! I’ll be glad when they get off that kick. I want to start Far Cry Primal, The Long Dark, Firewatch. I really want a new Elder Scrolls and have seen teaser footage of Skywind!

Did your YouTube popularity affect your life at all?

YES! It is taking up a lot of my time, and I have to skip other things sometimes, which is sad. I’m very active and I hate to miss meetings and such. But it’s funny when someone asks for an autograph, or to sign a napkin, or go “I can’t believe you are actually in my store!”  It gets funny.

How do your grandkids respond to your channel?

They think it’s really cool having a “gaming grandma”! lol

Do you play with your kids and grandkids? Do you let them win?

No. The two here aren’t into that. I’m use to watching sports with my grandson (which is how I spent this past weekend!), and talking ‘girlie’ stuff with my 16 year old granddaughter. The rest are spread across the states.

Do you think there is an age barrier between people who play video games?

Of course!! That’s why I let people know my age and use my own picture. I’ve met a lot of older gamers on YT but they hide behind a cartoonish picture or something and never mention age, until they talk to me. So YT doesn’t know they are there. Now all the young people think I’m either strange or a liar. They don’t even know that actually it’s rather common.

Why do you think you’ve gained this much popularity?

I’ve been told it’s because I have a calming voice and a clean channel and of course because of my age.

I had gathered a couple of hundred subscribers just from the comments I make on my favorite gamer’s channels. They finally kept asking me to record my own game play because they wanted to see how I play. So I finally did one day just for fun, and all this happened. Now I try to give them two a day because that’s what they want. Some of them want “more, more, more” like typical kids do. lol

Do you have any direct feedback with your viewers/followers?

Sure, constantly, in the comments under each video, every day, etc.

The positive is how sweet and caring most everyone is! I love to read and answer comments. The negative is the nasties that comment to all YouTubers. If they get too bad I just ban them, because I won’t have that kind of language in my chat.  I’m shocked at some of the things people say, and it’s all over YT. It’s just ignorant people.

Do you follow any other YouTubers? If so which ones and why?

OMG yes!!  ALL of the guys on the Ark Pooping Evolved Server!! They are all great!! And funny!! If I started with names, I’d surely leave someone out and then I’d feel horrible so just check that Ark server out and see. lol

Do you have any tips or suggestions for new YouTubers?

Would you like to say something to our readers?

I have so many complaints from young people that their parents don’t understand their love of playing games. To the parents I say that it involves thinking, planning strategy, being in charge of what’s happening, using their brain. That’s good, for young and old. Do parents think it’s actually better for their kids to just sit like lumps in front of a TV and just watch stupid stuff going on? The child isn’t doing anything, just sitting there, but the parents let them do that for hours on end. \o/

Also the young people want their parents and grandparents to be involved with their gameplay, but they’re always told “I’m too old to do that”…well I have a lot to tell them about that! 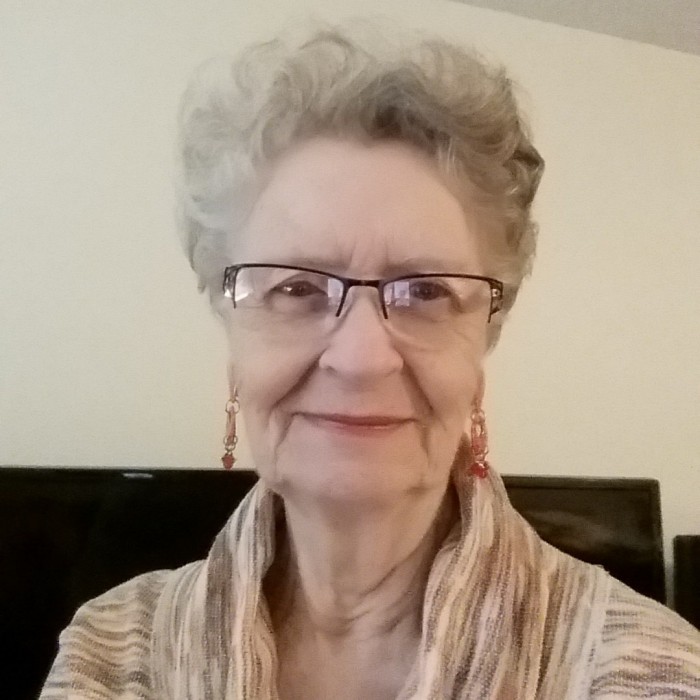 The gamers are pushing the boundaries every day; by creating new content through gameplay or creativity, YouTube opens the door to everyone who wishes to show something, to draw attention, or simply to play and show their results. Gaming is becoming available to everyone and, as we have seen, tears down age barriers. To play, it doesn’t matter if you’re 7, or 77, or 79 like Mrs. Shirley. Games provide fun, enjoyment, a vent, a hobby, can even teach and encourage creativity, but they don’t discriminate – that’s something people do.