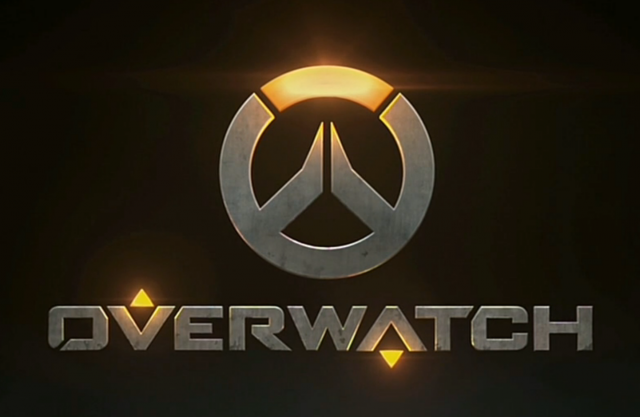 The current year is pretty important to Blizzard Entertainment and the whole machinery standing behind this company’s giving their all to complete everything they’ve planned without a hitch. Over the  next few days, the huge hype train that started generating during the last BlizzCon is having two out of three of this year’s culminations occurring. First, the launch of Overwatch, and shortly after there’s the world premiere of the long-awaited movie based on the Warcraft universe… and finally, in August, the release of a brand new WoW expansion – Legion. 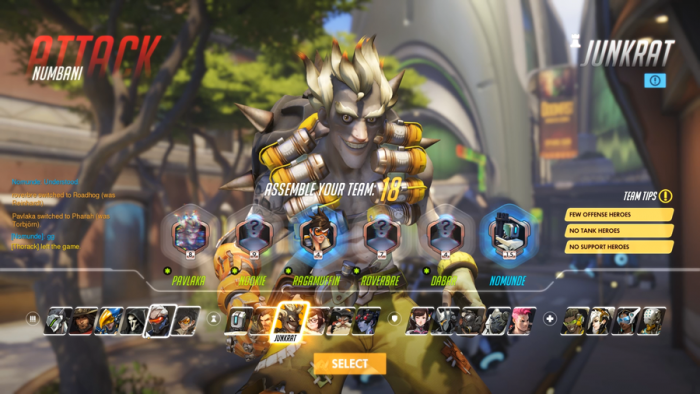 Overwatch represents Blizzard’s venture into the field of competitive multiplayer shooters as well as a brand new franchise. Announced shortly after the official cancellation of Titan, it was immediately obvious that Overwatch represents a recycled piece of Titan’s code – something that was later confirmed. The game is set in the near future, when as retaliation to the global threat called “The Omnic Crisis”, an international peace unit was formed comprised of specialists from all over the world. Over the years following the crisis certain incidents from all over the world blemished the reputation over the once-revered organization. Officially, the whole project was scrapped after an explosion in the Overwatch HQ in which both its commander and his lieutenant died. 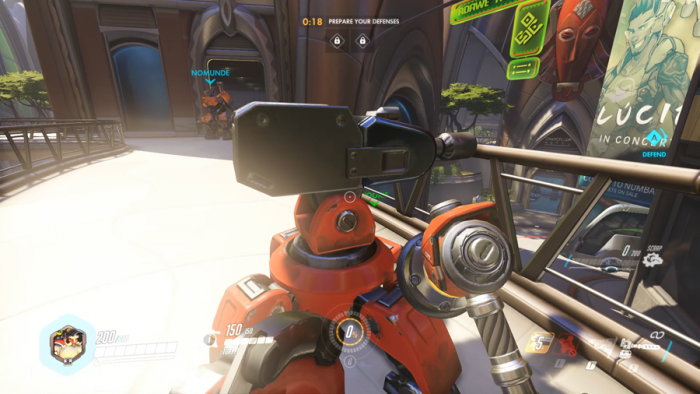 At its core, Overwatch is a team-based shooter that pits two opposing teams numbering six players each. The players can choose from a roster of 21 characters, all separated into four specializations: offense, defence, tank and support. Offensive characters are super mobile and can dish out a lot of damage, but have smaller health pools for the sake of balance. Defensive characters are good at protecting certain map locations, because they can provide various forms of field support on the map itself. In a manner of speaking, the defensives can be considered support as well, however not to an extent that true support characters are – those who buff their own team, or debuff the opponent’s. Some of them can also heal, which can significantly influence the game. And finally, there’s the tanks – characters with the highest health pools in the game whose purpose is to draw the enemy fire to them and allow their teammates easier access to the map’s objectives. Each class is crucial and every team that wants to have a chance at winning should balance them in their composition. 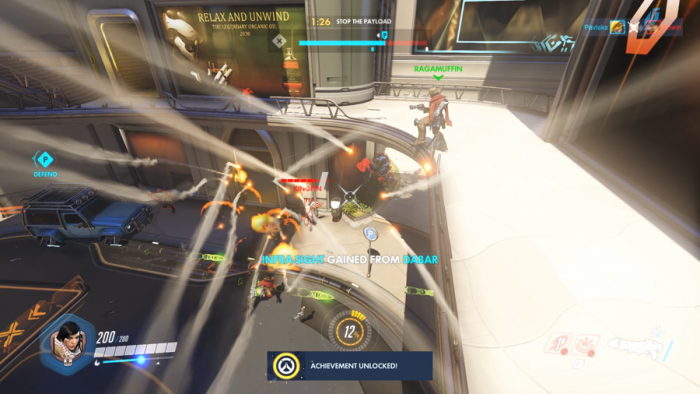 The matches take place on maps that are inspired by real-world locations and can be separated into four different types. There’s the Assault type, in which one team is on the offense, and the other is on defense, representing the classic setup for this mode from all similar games. The Escort is an interesting mode in which the attacking team needs to escort a vehicle to its final destination in a certain number of minutes, while the defending team tries to prevent them from succeeding. The escorted vehicle moves over a predefined path and only moves if the attacking team’s members are in vicinity. Assault-Escort is a hybrid mode in which the attackers first have to wrestle the vehicle from the defender’s grasp, and then escort it to a predefined goal in a certain amount of time, while the defenders try to stop them. And finally, there’s Control, in which the teams try to conquer a certain location on the map and hold it until their control scale reaches 100%.

Every player gains experience in various ways while playing. Beside the standard amount of XP awarded after each game for victory or defeat, there are also XP points awarded depending on the number of frags and effective use of abilities. And at the end, there’s the user-vote system in which the players themselves anonymously vote for the most useful players in that game. When a player earns a new level he receives a loot crate which contains cosmetic items, such as victory poses or specific voice lines for their characters. 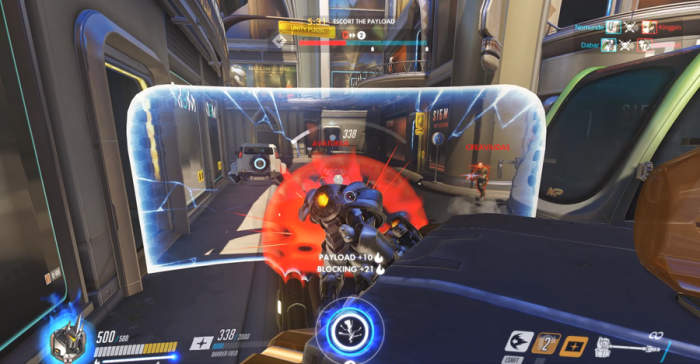 All throughout the internet this game is spoken of as some sort of MOBA/FPS mix, which certainly isn’t the best definition of it. Don’t be fooled – this game is a MOBA as much as CS:GO is an RPG. With its comic book vibe, Overwatch is more reminiscent of TF2, except that here the characters are better designed and less militarized, in a sense that they are more individual looking with their own character traits, rather than looking like an army. Colorful comic book visuals aren’t something that will appeal to everyone, especially to the hardcore fans of CoD, BF or CS series’. But frankly, completely different people are Overwatch’s target audience. On the one hand we have younger players, those who haven’t grown up playing Blizzard’s other franchises and therefore aren’t burdened by a storyline dating years back. And on the other hand, there’s the gargantuan base of “old Blizz fans”, who will try out anything that their favorite publisher can concoct. All of this resulted in a huge initial player base, making the launch of Overwatch one of the most successful ones ever. Add to that the fact that the game is perfectly optimized, and we have a smash hit from the developer. Also, seeing how eSports has risen in significance over the last couple of years, there’s no doubt that this game will become an unavoidable part of all tournaments over the world in the future. Therefore, by entering the world of FPS, Blizzard has completed their presence on all relevant fields in the world of eSports and it remains to be seen how the competition reacts. 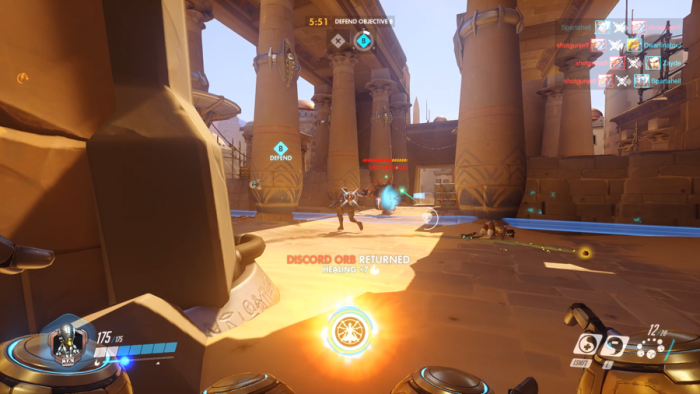 As for Overwatch itself, it’s easy to learn and hard to master. That might be something that could drive away a portion of their casual audience. Also, the alleged superiority of certain heroes was the subject of many debates over the last few days, but we can’t shake the feeling that it’s mostly boiling down to the lack of knowledge, rather than any sort of superiority. Namely, every hero has their own anti-hero, as well as proper tactics to counter-play them, so with that in mind all we got to do is sit down and practice. 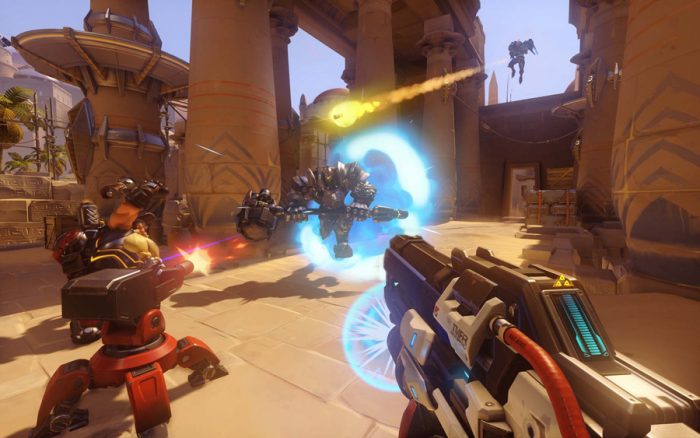 We can’t help but mention certain controversies connected to this title. You’ve probably heard about the famous protests aimed at Tracer’s “overly sexist victory pose”. Blizzard resolved the situation in their usual way (i.e. by doing what they want while pretending to appeal to everyone). However, another far more bizarre thing happened over the last few weeks, in which certain sites with adult content (not naming any) revealed that the number of searches containing names from the Overwatch universe skyrocketed by incredible 800%! Blizzard announced that they will take legal action for intellectual property infringement, which should resolve this whole mess soon. 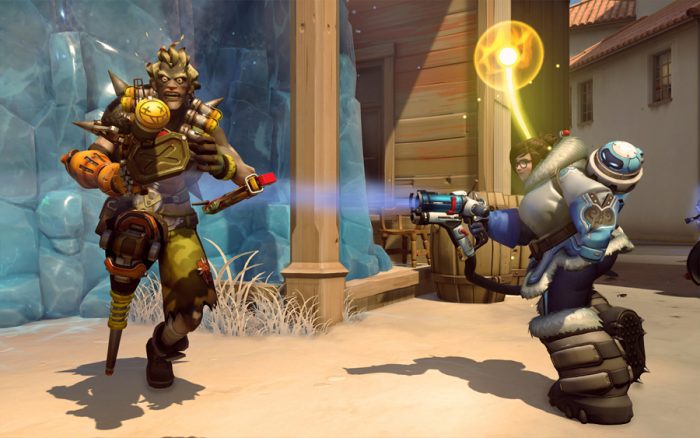 So, to summarize. If you want a visually appealing game, that’s balanced in every way, you’re a Blizzard fan, and have an ambition towards competitive eSports – this is certainly a game for you. If you want a game that “aims for realism”, you won’t find that here, which doesn’t mean that you shouldn’t give Overwatch a shot, because it’s an extremely fun game. We can say that Blizzard succeeded in their attempt at a new genre for them, and bearing in mind that this is a completely new franchise, we’re sure that they’ll try their best to keep it current and attractive for players.