The good old RTS formula from the olden days, reforged into something new – well, could be said a retro-remake edition. For the third time the Cossacks aren’t a sequel but a reissue of the original 2001 game. Cossacks is a real-time historical strategy game covering 17th and 18th century Europe’s history, development and wars, with main focus being the warfare.

When starting the game the genre veterans will experience a nostalgia trip through time, back to when they played games like Age of Empires, Stronghold, and others; games that had them spend many sleepless nights defending, building and developing their empires through grand defeats and even grander victories. Cossacks 3 attempts to bring back those kinds of experiences and doesn’t deviate much from the genre in doing so. Without focus on much else they offer a raw experience and direct gameplay – and barely any post- and pre-production or effects. Somewhat crude gameplay that obviously wasn’t changed on purpose had very little improvements over the older games. Even graphics remained true to the spirit of old, with only the textures being updated, while the art style remained the same. So when you zoom in you’ll get to see the almost illustrated style of graphics which gives the game special charm. 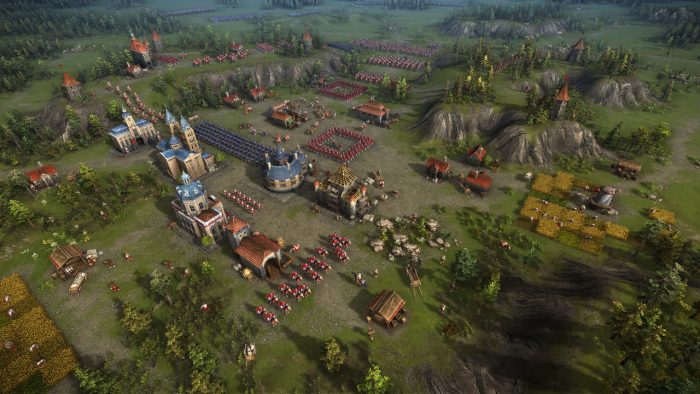 The game consists of standard resource gathering, building of buildings and fortifications, all in an effort to build a bigger and better army, and that holds true in campaign, versus the AI, and in multiplayer. The development is fairly limited, so to build a new building you’ll first need to build another one, draining resources you’ve gathered. That new building can then enable you to build a new unit, and so on. The tech tree is pretty branched out, but it not revealed in detail, like in Civilization for example, but instead you’ll have to research them one by one to learn what to develop next. This is somewhat in keeping with the RTS spirit though. I have to stress once again how impressive the buildings and fortifications look in this illustrated style, and it’s a joy to watch them being built. 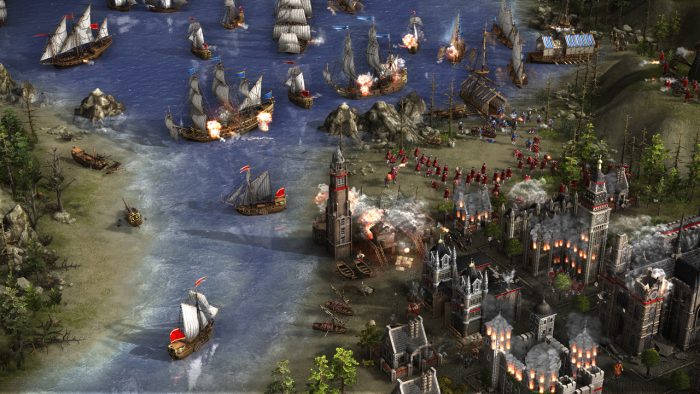 As good as the buildings look and feel in their environment, so do the “living” ones seem out of place. Firstly, it’s difficult to distinguish them on terrain, except from general division to cavalry and infantry. Second, the combat and movement animations are abysmal by today’s standards. Especially when they enter the fray against the opposing army, it looks downright pitiful. The animations and stiff figures seem as if they were animated in stop-motion, and en masse with the enemies look like a ball of colors with no way to discern who’s who. The battles actually look like whirling batches of colors and animations, accompanied by repetitive and rudimentary combat sounds. The control over huge numbers of units and armies saw little improvement as well. The accent is on formations of units, which is interesting and somewhat eases the overall control, but can still be very tedious. You are required to create exactly 36 soldiers of a certain unit, followed by an officer and a drummer, which all combined form a unit, and only then will you be able to assign their formation and give them commands. Now imagine doing that for a whole army that can number in hundreds of different units, while also worrying about defense, offense, and other daily political issues of your town. 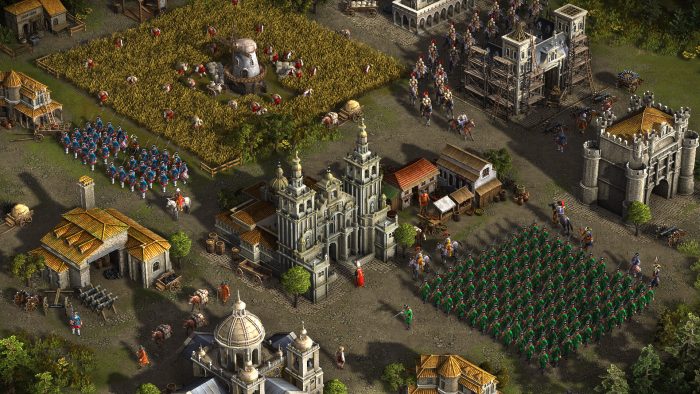 What the game “gets” you with is that silent peaceful period while you’re building up your town, but it’s somehow too brief and the attacks come too soon. After that initial period of enjoyment the game turns into unbridled chaos, especially on bigger maps and missions in which you can attack from multiple directions. You can use many different units, from melee oriented, to cavalry, cannons and artillery. There are also ships for naval engagements, as well as transportation. This game also operates on the “rock-paper-scissors” principle of unit balance. Musket units are useless against infantry using sword and shield, the cavalry will overwhelm any number of regular infantry, while the pikemen mince through cavalry with ease. If you disregard these rules and just focus on grinding out as many units as possible and sending them forward to attack piecemeal, chances are that none of them will return alive no matter the numbers. You have to counter units properly and carefully maneuver them into positions to face those they can defeat. Maps and missions support huge numbers of units, and the game copes well with rendering them in real time. 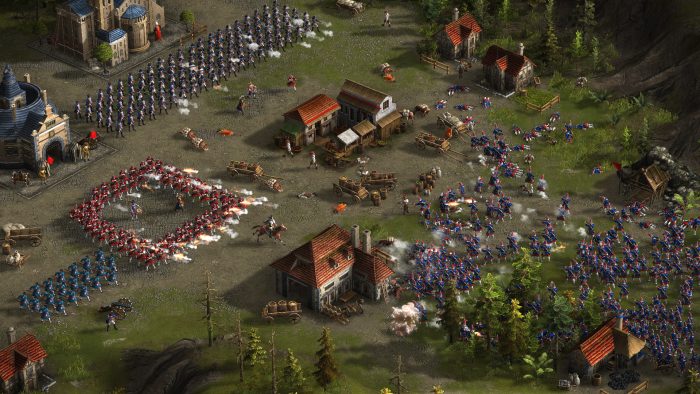 One of the game’s main issues is that after a while it becomes repetitive with little variance to be found. No matter which nation you choose, except for minor changes in color and shapes, the units are essentially the same. The buildings too are practically the same, as is every nation’s gameplay. All that means that every game plays virtually the same. This is not as present in the campaign’s numerous missions, which show some variety. They are thematically divided and feature a wealth of historical information, but I feel they could have been presented in a better way than just as walls of text prior to a mission. Also, campaign missions are largely scripted, so the enemy AI will always make the same units at the same intervals and attack from the same directions, with no regard to player’s reactions. Something that can be easily abused by the player. 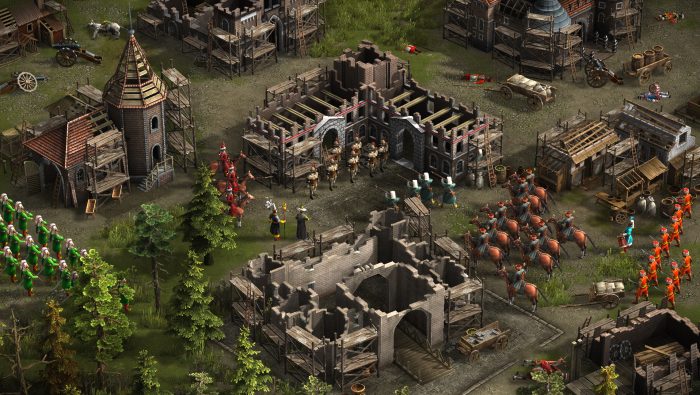 We mentioned that the sound effects aren’t very well done, especially those during battles that simply sound amateurish. However, the main background music theme is so badly mixed that  you sometimes feel like you’re listening to two or three separate arias at the same time!

There’s an inescapable feeling that in a sea of retro titles and remakes the team that made this game felt compelled to offer such an experience to new players, while drawing on the nostalgic memories of the veterans. Compared to what today’s RTS games have to offer, especially when it comes to polish and production, Cossacks 3 feel at the level of browser-based strategy games.