REVIEW: This is the Police

Boyd is the chief of police with only half a year left until retirement. Drained and fatigued by his stressful job, full of pain-killers and whatnot, an alcoholic, an image of a man who’s done and seen much in his life, a man whose time has passed and all he can do is wait to finally get booted from the only job he knows how to do. Determined to make up for everything, he decides to spend the rest of his employed days by bettering his pension fund. Half a million in 180 days, easy money with the Mob behind your back. 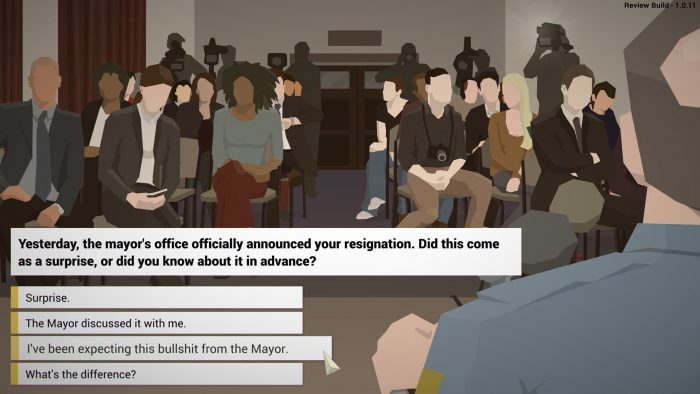 This is the Police gives you an opportunity to play with authority as a manager of all of the police, detective and SWAT force in the fictional city of Freeburg. Over the next 180 days, you’ll check in and sit by the diorama of the city and distribute the forces of law and order. The cases vary from domestic disputes, over petty theft, to gang violence, and you’ll decide where to send your best cops or whole troops on the basis of their urgency. Later on, you’ll be able to solve complicated cases or break protests using special squads. We mentioned the Mob – they will be one of the reasons you’re able to fill up your checkbook, if you can look away or “forget” to send a squad to a certain location in return. Your relationship with them and the Mayor will slowly develop every day, and you follow that development through short cinematics and daily newspaper that Boyd reads while sipping his morning coffee. 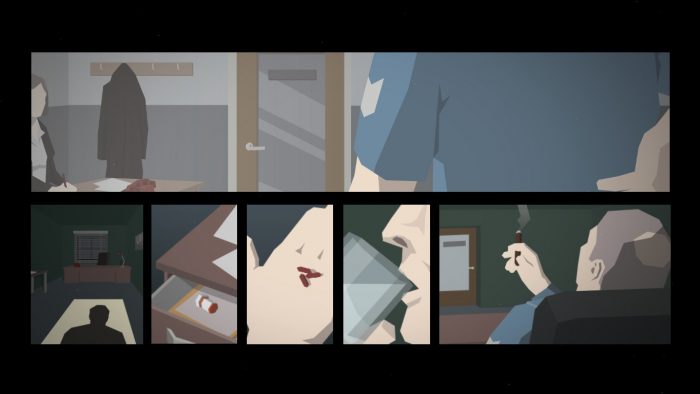 The power over the police that the game seemingly provides you with is only an illusion and you’ll soon realize that if you don’t play how “powers that be” ask you to, progress becomes all but impossible. Already during the first week you’ll receive a request to fire all non-white policemen, under a crazy pretense that the Mayor is afraid of some sort of citizen uprising. Of course, you can simply comply, or you can ignore it, which then leads the parliament to make you regret your decision of being a disobedient cur. Do you get a chance to defend your point? Absolutely not, moreover Boyd won’t change his demeanor even for a second during cutscenes, no matter how (un)successful you get. 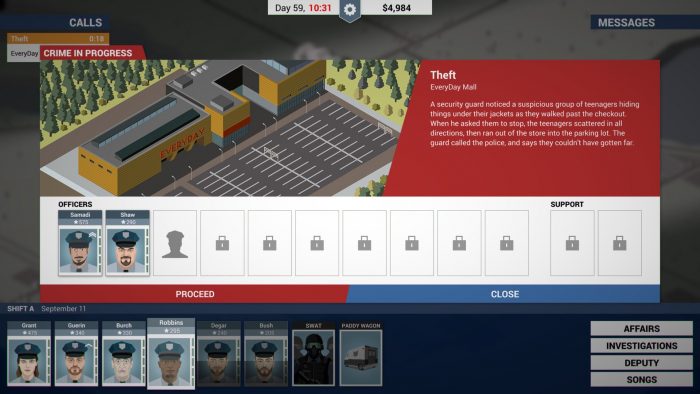 It’s that crude linearity of cause and consequence, and their contradictions in certain moments that are the main obstacle for this game. There’s also the problem of bad progress balancing, i.e. reward and punishment that the game dishes out every day. If you didn’t do the mentioned policeman purge, the city will slowly take away your resources, until you have to fire people anyway because there’s simply no room at the station. It’s extremely difficult to recover from bad moves and it’s very easy to fall into a downward spiral that can be only cured by a full campaign restart. Campaign that, remember, lasts for 180 days. Oh great. 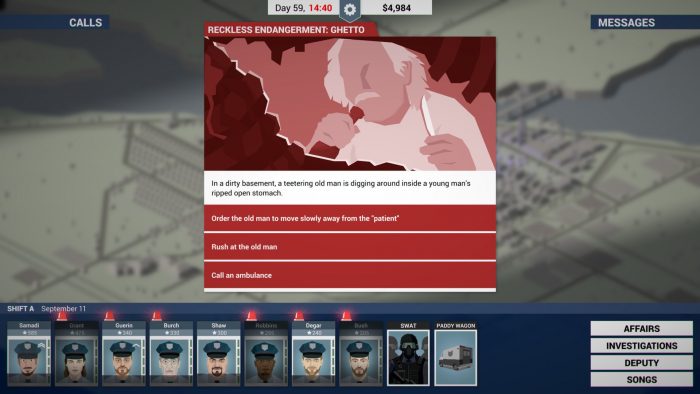 Sometimes at least, This is the Police leaves you with an impression of having full control, as you look over the dusk settle over the Freeburg diorama, while mellow jazz plays in the background. The games visuals are minimalistic, but very striking, with no clutter in the interface. A nice detail is the ability to purchase additional tracks by buying records from a catalogue. Voice actors did an excellent job, lead by John St John (better known as the voice of Duke Nukem), who’s brilliant in the multitude of cinematics and will always make you crave for more. 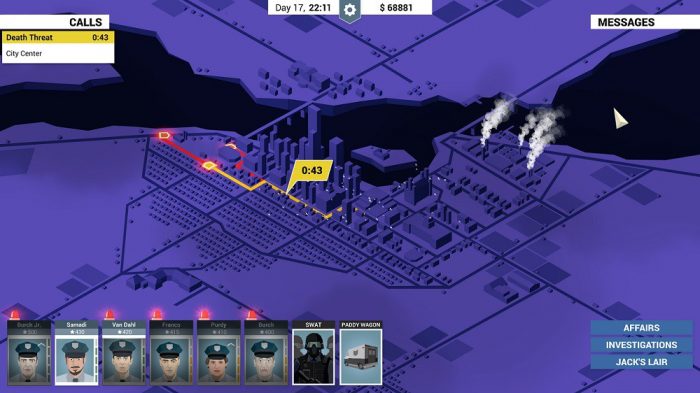 This is the Police is a good idea, but somewhat clumsily executed despite its potential to be much more.  Overwhelming pressure forcing the player to play along a certain route and too many virtual days to survive hamper this game from being “FTL with cops”. There will be those players who will love the rigor of its challenge, but for now it might be best to wait for an inevitable balance patch.

This is the Police