It might be hard to believe, but there are people out there who looked at the appeal of the Souls games and thought to themselves – let’s take this winning genre and shroud it in a mysterious visual style, hint at the depth and beauty of the combat system and sprinkle it all with those famous randomly generated levels that make each new playthrough a unique experience and… do it all wrong! No, seriously, it’s as if something like that took place while Necropolis was created, a game that draws inspiration directly from the Souls games and that’s literally where all further development stops. 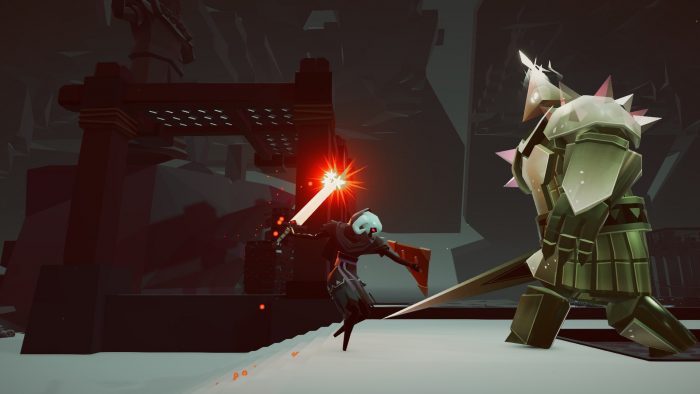 It’s easy to see how shallow Necropolis is when we compare it to its role model, with its precise combat system, controls that put the responsibility for every move in the layer’s hands, varying levels, and that “just right” difficulty. After you play it for the firs time, you might think – this concept was transferred well. But don’t be fooled. No, instead of me describing the game to you, I’ll keep using the creators’ train of thought, which might not be 100% precise, but is still very believable. 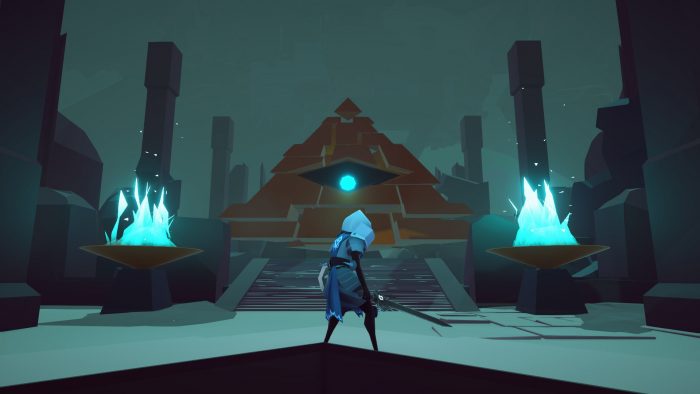 So – let’s create a game that will appear dark yet appealing, by using almost no textures. Yes, the gamers will love this pastel style because the game will look artsy, so there’s no mistake. Make the main character be Journey’s evil twin brother, and make him squint as much as possible, so he always looks like he’s mulling over something and that he has a point. Make the opponents goofy. Have them run around like headless chicken to scare the player. And let the player have tons of weapons available, but have them be only three different kinds with no big differences, as if that matters… And why explain anything!? That’s always tedious. It would be best if the weapons, story, and absolutely everything be explained through jokes. That’s right, have every in-game text be a joke! We’ll hire some forum member who follows pop culture and have him write those jokes. Why would potion or weapon have an explanation when they can have a joke to make the player laugh? And when he dies, he’ll be thrilled to try it all over again, because everything will be different. Sure, the levels will be the same, but left will now be right, and the stairs won’t be at the same location – who could resist that! Oh, I’m running out of good ideas, get my three year old nephew in, he’ll surely be able to design the final boss for us, that kid’s a genius! 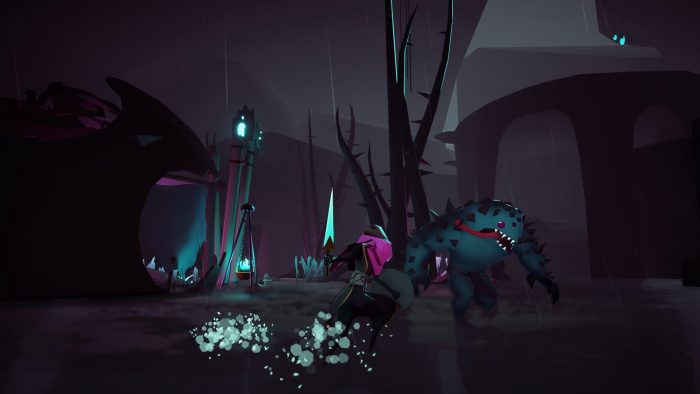 No, I have to stop here, or else I’ll start making lousy games myself. Jokes aside (and I mean all jokes), Necropolis does a poor job of barely doing the job it set out to do. The more you learn about the game’s enemies and rules, the shallower it seems. The enemies are mostly uninteresting, the fights have a pretty animation from time to time, but otherwise they look clumsy – something unforgivable in a game that brutally punishes every mistake. There’s an attempt to make it interesting by having special moves use up your stamina bar which you then have to refill with potions and food, but even that loses the point after you stock up on supplies. Even the levels are interesting at the start, but over time become bland and repetitive. The whole “science” of equipping your character comes down to using the weapon from your “tier” and that’s it. Actually, absolutely everything tied to the story, graphics, mechanics and content is fairly mediocre in every way. And every aspect of the game that might seem interesting at the start quickly ends up boring and pointless. Doubtlessly, already after a few levels every player will start skipping enemies like some Dark Souls speed runner and look for the exit to the next area, in an effort to avoid the pain of any true gameplay. And this is a fatal error for a game whose main appeal should be variation in every new playthrough. 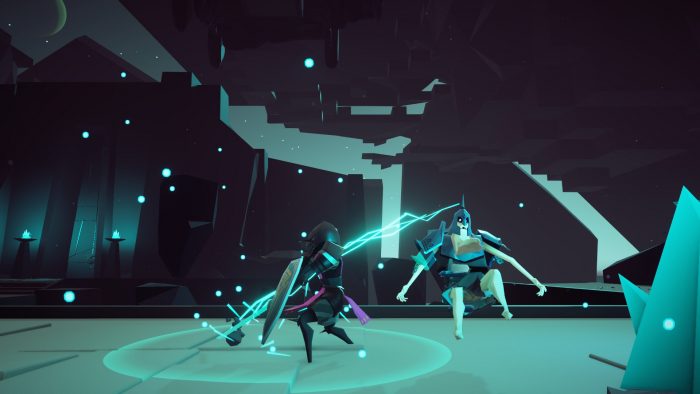 Necropolis is a game that has its bright spots, but that brightness quickly wanes and extinguishes. The more you play it, the more you’ll feel like you’re running in circles from which you wish to escape. And that’s unfortunate, because at first glance the game shows promise. In other words, for first few hours you might even enjoy this clumsily tacked on scrap heap. But at the first signs of fatigue, you’ll realize that the price the developers ask for this empty and repetitive piece of work is many times greater than what should be condoned.