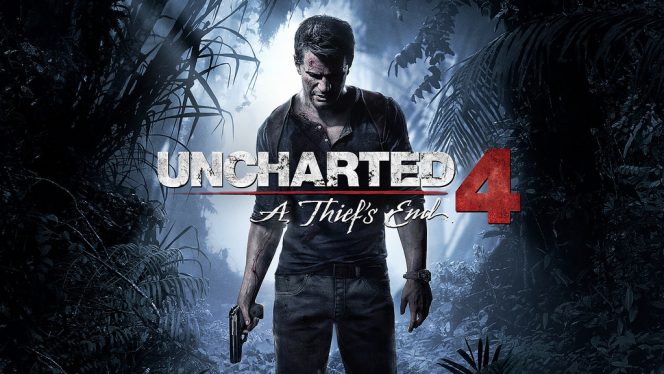 After so much anticipation and rise in hype every time guys and girls from the Naughty Dog studio presented us with a new demo from the game, the latest and probably final sequel of the adventures of the charismatic adventurer, Drake, is finally here. After three sequels which made a mark on a generation of consoles, created a new subgenre, and set up the PlayStation as the only possible place to play these unforgettable action adventures, the question remains: was it worth the wait? Did we get another classic that in a few years time we’ll remember with a smile and tell our gamer friends about the moments that left us breathless? SPOILER ALERT: Ooooooh yes, we certainly did!

What does the fourth game show us that we haven’t already seen before? For starters, as you might have seen from the trailer, a new important character appears in the game. This character is Nathan’s brother Sam who hasn’t made an appearance is previous games. He represents a “tabula rasa” for fans of the franchise, a character that needs to be developed from scratch in a very short time, so that we could form an opinion about him, as well as explain why Nate never mentioned him in all those years. This problem was solved by an hour long tutorial which consists of flashbacks into history, where you’ll get to know Sam and his relationship with Nathan. Their childhood mischief, problems in Panama prison they found themselves in during the search for the greatest pirate treasure ever, all nicely depict Sam as an older brother, Nate’s support through a life without parents. Fast forward 15 years, we find retired Nathan Drake – after so many visited locations, discovered relics, lost cities, bullets fired, and fallen enemies, he finally settled down… He married Elena, the love of his life with whom he now lives in their home in New Orleans. He has a “normal” job as a diver for middle-aged Samuel – extracting things that somehow got to the bottom of the river and administrative duties about that same job in an office by the river…  An exciting job for a legendary explorer of lost cities and a legendary treasure hunter, right? To keep this game from turning into a salvage recovery simulator, we have Sam, who unlike in the tutorial, spent all this time rotting away in Panama prison, and only recently manage to escape. He had help from his prison cellmate in this escape, the famous drug lord Ramon Salazar, who Sam promised half of the pirate treasure. Nathan will be forced to put on his adventuring shoes once again against his will (and his significant other’s will), strap on his trusty Berretta, and help his brother not end up as fish food, and finally go find the pirate treasure that fascinated them from their early childhood. This is where Drake’s last adventure starts. 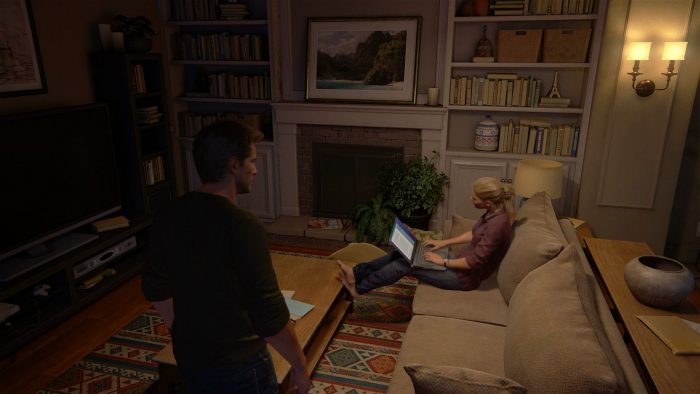 Let’s move on to the next important point, the gameplay – it was upgraded in the sequel when it comes to platforming and exploration, as well as combat, so it now leaves a more fluid impression. The platforming got one very important addition, a rope with a hook which enables you to hook yourself to various beams, branches and similar objects and swing over chasms in Indiana Jones style, or safely lower yourself down a cliff side or run across it to the nearest safe platform. You can also use this method to run into enemies and send them to sleep with a powerful punch. Platforming is the more dominant element of the gameplay compared to its predecessors which is a welcome addition and we’re glad the designers refrained from making Drake a commando who puts down hordes of enemies with his huge weapon  arsenal. Although there are fewer showdowns, they’re still present in just the right amount not to become tiresome, with the possibility to go through most of them with a stealthy approach. 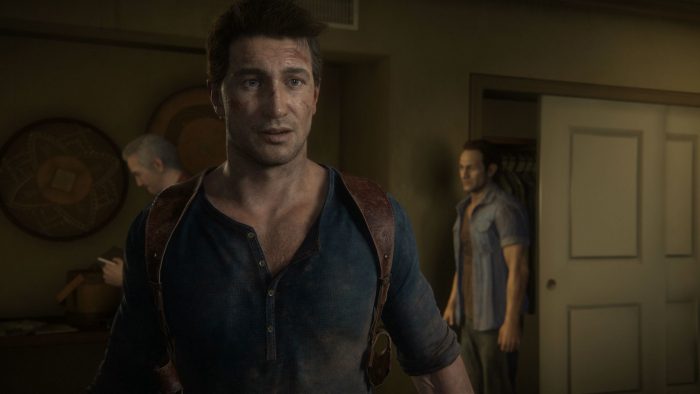 The stealth mechanics also work far better than in the previous two games. To have functional stealth you need a good AI first. Luckily, we can finally say that Uncharted has a really good AI for both friends and foes. Moments from Last of Us when your comrade runs out right in front of the enemy, only to be completely ignored by him are ancient history. Sam will take good care in choosing his hiding spots relative to the patrolling opponents, he chooses when he can do a stealth takedown, and if he accidentally makes a mistake and causes alarm he’ll curse “Damn it, we’re noticed”, and grab his own weapon to start a fight. Mistakes like this are very rare by the way. For example, during my run he only caused alarm twice throughout the whole game. Really impressive! Also unlike the previous Uncharted, it’s not the end of the world even if you get noticed: for players who don’t wish engage in shootouts there will be no need to restart the checkpoint. It’s enough to get out of everyone’s eyesight for a few moments and after that the enemies will enter a search mode, more careful than before the alarm, but unaware of your new position which gives you a chance to quietly take them all out one by one again. For those who favor a bit louder way of dealing with enemies, there’s good news: during most of the game, the enemies are no longer “bullet soaking sponges”. Somewhere near the end you may sadly encounter some Sponge Bob Squarepants’ cousins, but only a few of them, so no need to worry about that too much. We might object to a sudden rise in difficulty near the end of the game, but luckily the situation isn’t as frustrating as it used to be in the previous parts. 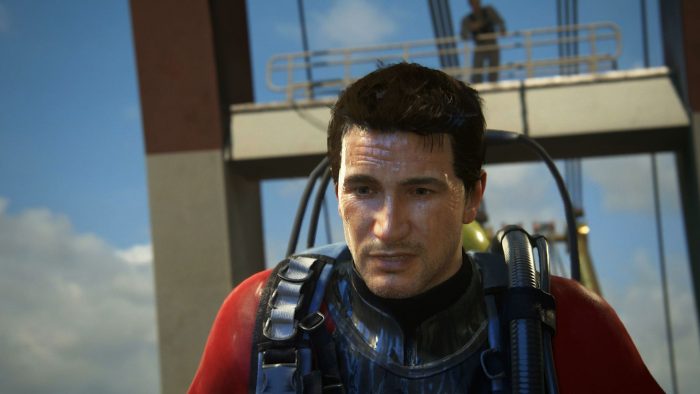 The puzzles are still a part of platforming and exploration. They’re simple but not too easy, just enough to keep the player’s interest and they fit in perfectly with the mixture of exploration segments, cinematics, and action sequences which worked well in previous games and is better adjusted now. One of the eye piercing flaws is the often use of industrial wooden crates (with wheels) which Drake is supposed to find and use to overcome obstacles. This wouldn’t be much of a problem if the designers haven’t often used them in places no one visited in 300 years. This implies the lack of creativity and rushing to deliver the game on time, which can be forgiven considering the size of every map you’re visiting. The levels are upscaled several times. Levels, although linear, are now more open and allow exploration and choice of different paths towards the same objective. 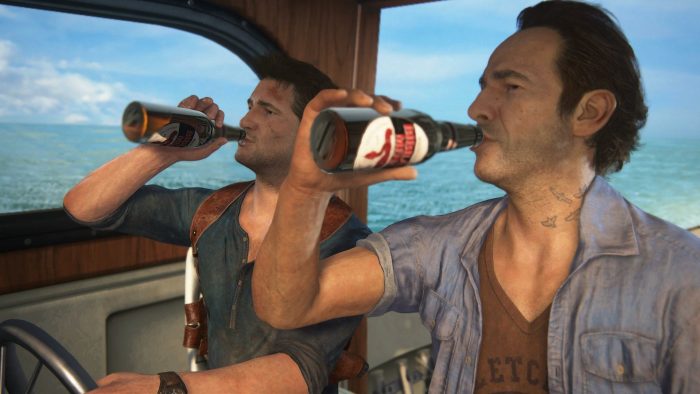 Naughty Dog earned a reputation over the years as a studio that moves the boundaries in audiovisual presentation with every new game, and here they again exceeded all expectations. The level of talent and technical skill infused in creating the locations will leave you breathless! Locations look so photorealistic and uniquely designed that your jaw will often drop to the floor in disbelief. Next-gen engine that’s been developed for the game and the latest graphical effects and technology it uses, as well as other systems which raise the presentation to a whole new level. The devil’s in the details: the animation of character’s movement looks perfectly fluid, real-time cinematics look like Hollywood animated movies, the shrubbery and water react to explosions and the wind, and mud and dust and snow stick to Drake’s clothing and vehicles, but also evenly wash of when splashed with water, the jeep’s physics is worthy of some off road racing title and the list goes on… 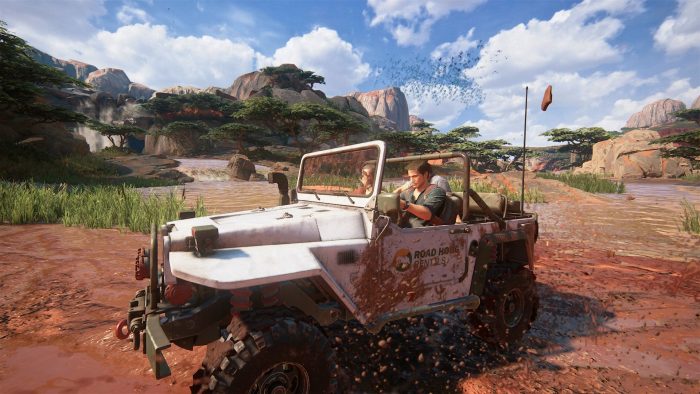 Of course, not everything is perfect with this game either and what bothered us the most is a drop in the design and graphics quality in a few locations, like low-res textures, models that seem hastily put together, which implies that the game was somewhat of a deadline victim. 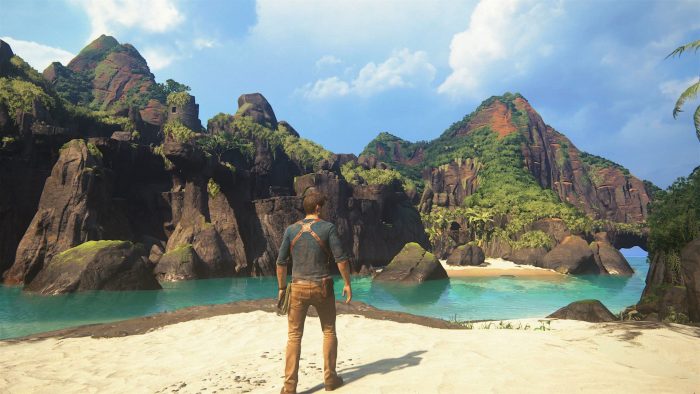 The sound, like the rest of the presentation, is top quality. The weapons sound convincing, various surrounding noises excellently contribute to the atmosphere, like birds chirping, waterfall roaring, thunder followed by a downpour of rain, will all help describe Drake’s location. The background music is different, not as intense, and it rather evokes a nostalgic feel than that of thrill, especially to players who played previous games. It’s not as present during the gameplay so you’ll spend most of the time listening to the ambient sounds interrupted by casual chatter between Nate and his friends and family. 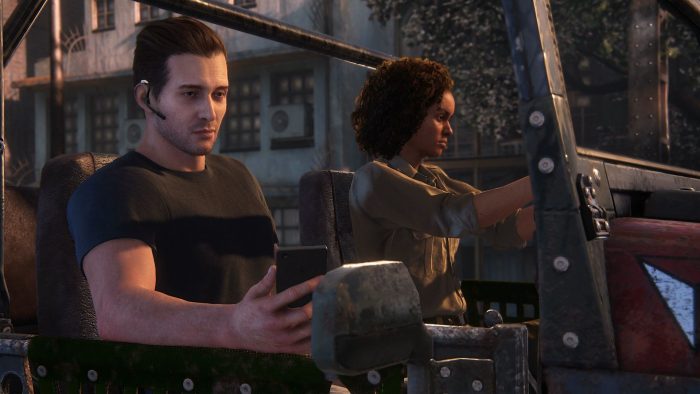 As in every Uncharted title, there are bound to be memorable moments of crazy, like the train level or the aeroplane fight from the third one. The players won’t end up short of these moments in this sequel either, and we think that this time it’s some of the more peaceful segments exploring the exotic locations that will remain in player’s memories, conversations between Sam and Nathan, Sally, Elena and reflecting upon choices…. Maybe those are the moments that show the influence from the studio that made The Last of Us, and which guided this game’s creation too. The game is still filled with charisma and humor that adorned the previous installments. The whole creative vision of the team, which is slightly different than before, as well as the series’ legacy, combine perfectly in the last chapter of the game that pays homage to the series in a best possible way and rounds it up perfectly. We couldn’t have asked for a better ending! 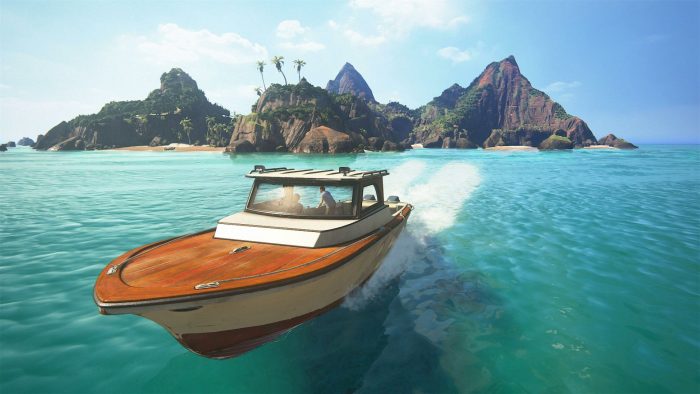 If you’re a fan of third person action adventures, you owe it to yourself to at least rent a PS3 console on a first spare weekend and venture on a last big adventure like no other. Because there is only one Uncharted, an action adventure that brings the spirit of adventure movies we grew up with, filled with cheeky humor, charismatic characters who you can’t help but love, and moments you’ll remember for a long time.