Metroid had set the bar for standard action adventures back in 1986, and a few months later Castlevania confirmed it. From these two gems stems the genre we today know as “Metroidvania”. This genre features nonlinear 2D sidescrolling action games which reward you with new abilities and weapons, as well as featuring hidden locations on very complex maps. After countless sequels, Metroidvanias slowly faded away with only a few popping up on hand-held devices without much success. Epic games then decided to try their hand in this field, and in 2009 released extremely successful Shadow Complex for XBLA, and today – 7 years later – we get to play the remastered version of this phenomenal game. 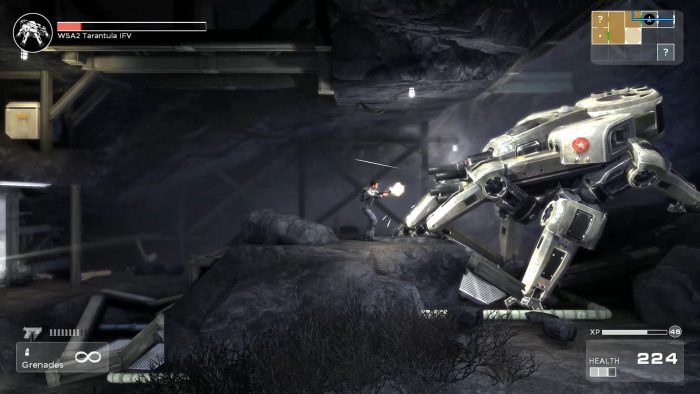 Jason Fleming (Nolan North) loses his girlfriend while mountaineering, as she gets kidnapped by an unknown military unit and taken to a secret military complex, and it falls to him to save her. Cliché, yes, but the story is secondary to phenomenal gameplay and huge amounts of nostalgia that the game showers you with. 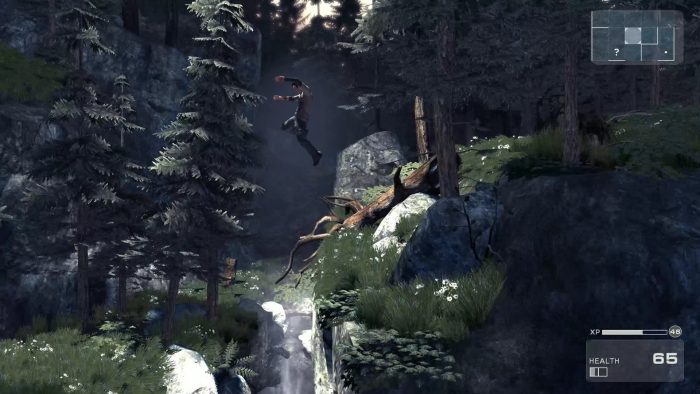 You start the game with a backpack and a flashlight, and you’ll skip over mountains and crawl under caves until you find your first weapon and then the true metroidvania experience begins. Since the game is a 2.5D adventure, that means that it has depth from which the opponents my attack you. You can shoot at the enemies in deeper locations, but you have to position yourself correctly so the game can recognize if you’re trying to shoot deep or in front of you. The game’s not doing the best job of it, so you’ll find a few places that make it really hard for you to shoot at an enemy who’s behind a barrier deeper on the map. You’ll often encounter a bug that will glue you to a certain texture or you’ll randomly fall through terrain, although the checkpoint system is very good so that won’t influence the game too much, but we still hope that these bugs get fixed soon. 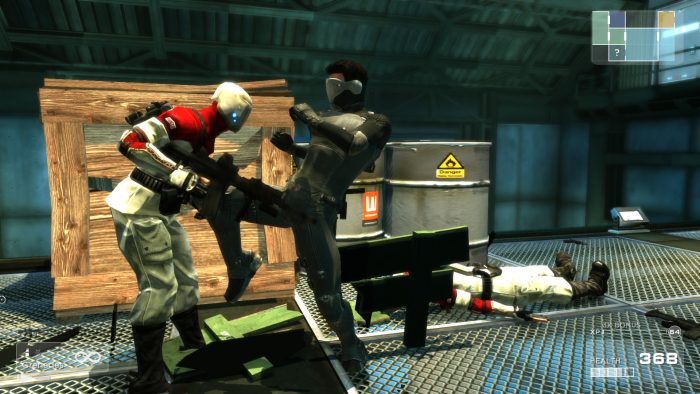 All that you might expect from a metroidvania, you’re going to find here. The maps are node-based; the secret locations are locked until you find a new weapon that can open them. The weapons are generic in the beginning, simple military, but later on they become much more interesting. At one point you’ll get a weapon-suit. 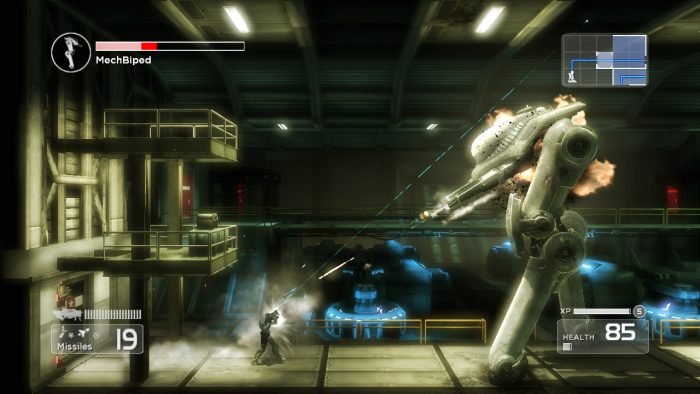 Since the game is technically from 2009, even before the remaster it looked great. The remaster only translated the game to a new generation, but they didn’t change much of the graphics, because they didn’t have to. The animations are fluid, the weapons have an authentic feel to them, the robots and enemies are designed in detail, and the locations can be beautiful vistas. Unfortunately, you’ll be spending most of the time on inside the complex, but the interior is detailed and looks good. The explosion effects are incredible and will often make you exclaim “wow!” out loud. There’s also excellent physics, so the parts of robots you destroyed will be flying everywhere. 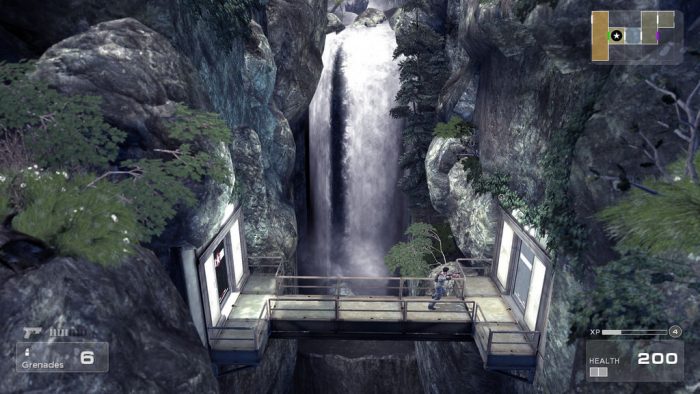 Shadow Complex is a challenging, yet buggy, nostalgic metroidvania that borrows most of its inspiration from Super Metroid, which the developers from Chain Entertainment called the peak of 2D design. They have managed to translate that design to their own game well enough that it can easily be compared with that retro original. If you missed getting it for free through Epic Launcher during the December of last year, pay for it now and you won’t be sorry.