I remember a time when I thought that I liked chess. And then I realized that I don’t like to lose. That surprising, predictable weakness that chess brings to a player left lasting effects on me, which I healed with card games – they allowed me to blame every defeat on the phases of the Moon and fortune in love. I couldn’t imagine that card games would evolve so much and make for such a contagious and popular genre. From Hearthsone to Fifa, players spend their valuable Euros, Dinars and Pesos, in order to open yet another “pack” and find some rare card that will help them soar above others. Thinking it was all harmless, at least for those players who are able to control themselves, I overlooked a sneaky convergence of a new approach to the genre, which will freeze the blood in my veins again like a certain game with black and white pieces. Duelyst attracted me with its strategic approach to a card game, completely infected me and then me blew away like a little green novice, back to a comfortable cradle. Well, ok, I’m exaggerating. But hear me out. 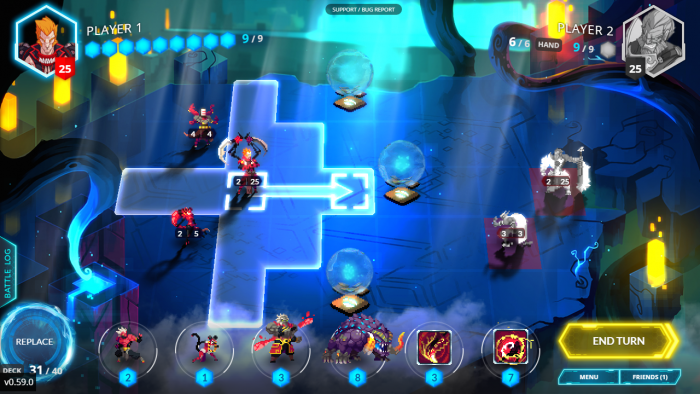 Duelyst is similar to any other card game that you’ve seen lately, certainly including the mega-popular Hearthstone. But Duelyst brings a strategic-action element, by placing the cards on a table with fields. On this table, characters can move and attack enemy characters that are close to them. Each side has a General and the goal is to defeat the opposing one. You also have a variety of spells to use, and playing a card from your hand requires a certain number of magic points that are increasing over time. And so, field by field, move after move, I realized I was on a chessboard which will not let me leave. Every defeat was contagiously luring me, because I didn’t know anything except defeat in the first few matches. Although the first tutorial teaches you how to click like a first-grader, the first “practice” fight will slap you like a triple dose of coffee with no sugar. Indeed, if the learning curve was any steeper, you would need climbing gear just to finish the first fight.

And then, that moment. You have defeated your first general, got enough points to open your first “pack” of cards and…. got your first epic, or God-forbid, legendary card. And while I resisted spending money on maligned microtransactions for a few “packs” more, I realized that the points system is actually quite fair. With regular gameplay of at least an hour a day, it’s possible to earn enough points to open one or two new sets of cards. My wallet was now safe, even if it hasn’t been misplaced somewhere in a different room where I deliberately forgot it for two days. 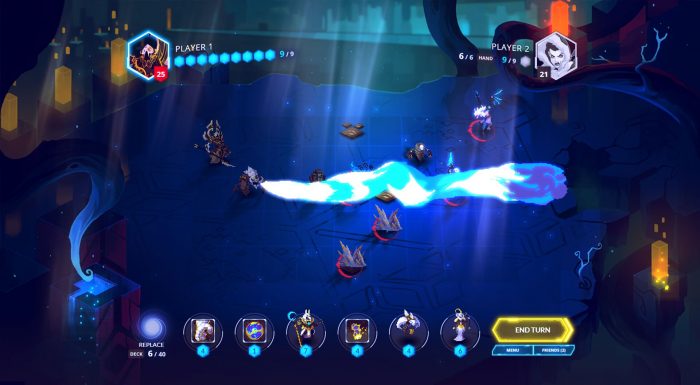 Of course, after you start destroying your computer opponents more brutally, you realize that you need to fight against a human opponent for further enjoyment. And when you pit your deck against a real human opponent, you will irrevocably fall in love with Duelyst, or you will pass the test of card addiction. Whether it pulls you deep inside itself, or doesn’t interest at all, you will realize that Duelyst is a great game. What we can expect from it now is that it will evolve more, of course, with adding new cards, rules, possibly even different factions. But even in its current state, with its clever approach to gameplay, it’s shaping up to be a different spin to your normal card games. 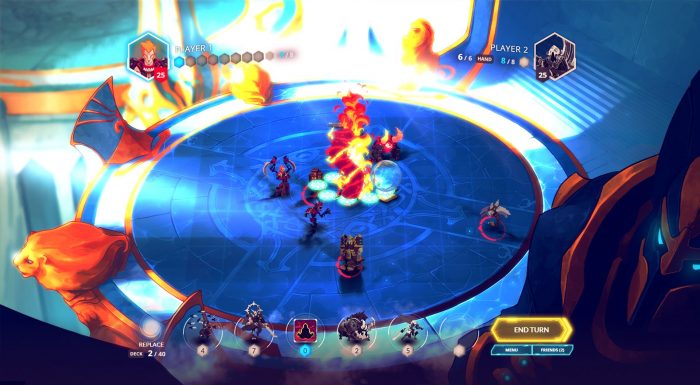 You might think that you’ve read all there is to it, but no – this time I left the best for last. Duelyst is a beautiful game. Artistic style alone is remarkable and very original. Not only the way that the characters are drawn, but the levels and landscapes, from the background on the main menu, it will without a doubt put a smile on your face. And while the characters are presented in retro pixel form during fights, they are still well animated, and this combination of two exceptional and undoubtedly well crafted visual styles, graphically place Duelyst among top games in this style, as far as the looks are concerned. 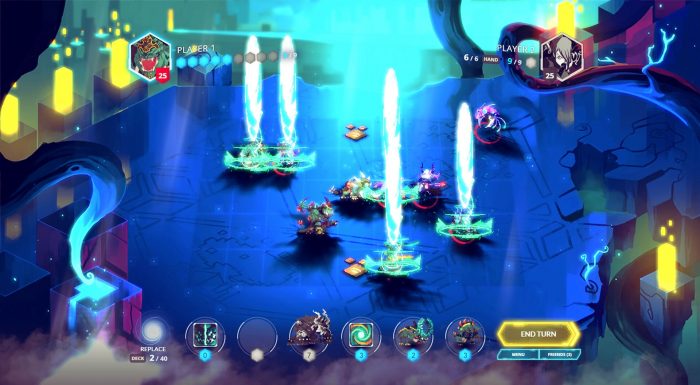 If you have time that you’d like to devote to learning and mastering one very high quality card game that looks like it has a very bright future, and you like a strategic approach to gaming, look no further. And as I look back to all that I’ve said and think – “It’s over, no one will play this after reading your incoherent ramblings Milan”, hear my sober advice. Although Duelyst is a kind of special treatment for any chess-o-phobe, it’s a perfect game for all patient players; for all thoughtful card players. And if you’re none of those – try it. Maybe you become one.