The excellent rogue-like game, Sunless Sea, is getting a big expansion later this year, called Zubmariner, so we jumped at the opportunity to chat with Hannah Flynn from Failbetter Games studio about their beginnings and the challenges working on a game like this presents.

– Can you tell us a little bit about yourself and how the studio was founded?
Failbetter was founded in 2009 by Alexis Kennedy and Paul Arendt, and our first game was Fallen London. Alexis wrote the words and the code, and Paul drew the pictures. I joined in 2014 as communications, and we’re now a team of 15. (But Paul still draws almost all of the pictures.)

– Was the idea of making Lovecraftian rogue-like the first one studio planned or were there other experimental projects?
Fallen London was our first game, a browser game and (new!) iPhone/iPad app set in the same universe as Sunless Sea, and is basically the parent game: it contains 1.5 million words to Sunless’s 300,000.

We offered our community a choice about which game they’d like to see us make next (the other options included a card-based game, for example), and they voted overwhelmingly for Sunless Sea. We took that idea to Kickstarter, then Early Access, and now we’ve been in full release for 15 months!

– What would you say was the most difficult and the most enjoyable part of developing a game like Sunless Sea?
The most difficult part was learning how to make a Real Video Game. Running a browser game for a number of years helped, but it’s a really different beast to launch a PC game made in Unity. The most enjoyable part for me was launch day! I loved doing the Twitch broadcasts and setting up interviews for the team. It was a really proud moment.

– How successful was inclusion of the game in Humble Bundle?
It was great, and definitely raised interest in the game again a year after launch.

– We’ve featured Sunless Sea in our top 15 list of indie games. Do you personally have favorite indie games you’d recommend to our audience?
At the moment we’re mostly playing prototypes and alphas from people who’ve applied for Fundbetter (www.failbettergames.com/fundbetter), so there are lots of indie titles on our plates but not ones you can buy currently! Other games we’ve talked a lot about and would recommend are Sun Dogs and The Magic Circle (both available on Steam). 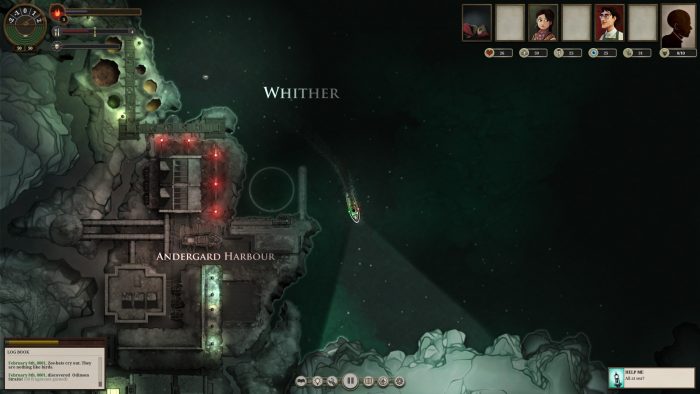 – If you could give one tip to players just starting in Sunless Sea, what would it be?
Explore. Don’t look for a safe route. Go as far as you can, and don’t fear dying on your way home.

– When not making games, what’s the usual pastime in your studio?
Casual cannibalism. Err, I mean, we all have quite a range of hobbies.

– Last but, not least – what can we expect from Zubmariner expansion for Sunless Sea?
Zubmariner is about trespass: having limited oxygen, limited sight and being under the pressure of the Zee means you’ll have to choose carefully when to risk a dive. We’ve developed new beasts and stories which will make the surface look as safe as mother’s arms.