INTERVIEW: Sam Klemke’s Time Machine or “What it means to exist today?” 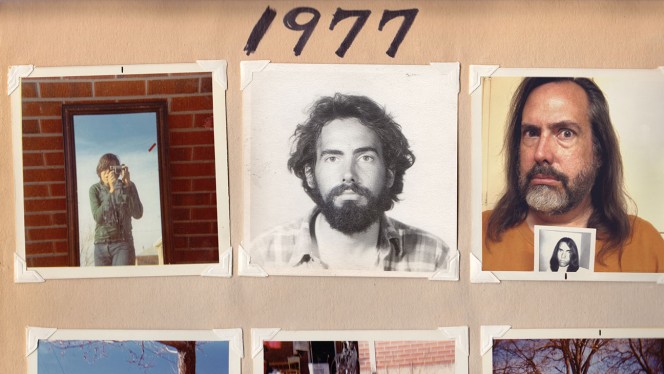 I don’t know if you were aware that Existentialism isn’t a popular branch of philosophy (or of anything else) even in Europe, let alone the US? I don’t know why that is. I suppose that’s because the most influential representatives of this non-systemized philosophic approach like Kierkegaard, Nietzsche, Heidegger (partly), Camus (partly) and Sartre, were all loners, „different“, almost ascetic (in a broad sense). It might be best to say that they all lived their philosophy. And because such life isn’t generally pleasant, it’s not generally accepted either. A lot has been gathered in Existentialism, and a lot has come of it, but it’s rarely accepted by someone to become a modern stoic (or strive to become one).

In 1977, 17-year-old Sam Kemke begun his life’s project – each year he would film himself recapitulating his life in the previous year. Not only that, he would then proceed to constantly film himself and others. In the same year, Voyager was launched into space with the humanity’s message to potential extra-terrestrial life forms. Those are the two intertwined stories in Matthew Bates’ documentary.

PLAY: Mister Klemke, first of all, I love you. While you lived in a car, I thought „This guy’s nuts!“. Not a minute of the movie went by and you said the same thing. That was the moment you got me. No homo, ofc (as the youngsters say these days). So you’re out there aren’t you? The final frontier!

KLEMKE: Thank you, Nenad,  It’s great to be loved. Yes, I spent many years on the road living out of my van, (“The Womb On Wheels”) where I tried to merge the comfort of the womb and the convenience of traveling; the best of all worlds.

KLEMKE: I was indeed blessed with an optimistic outlook, which has kept me sane.  I’ve actually never been “Crazy”, just a bit delirious at times. 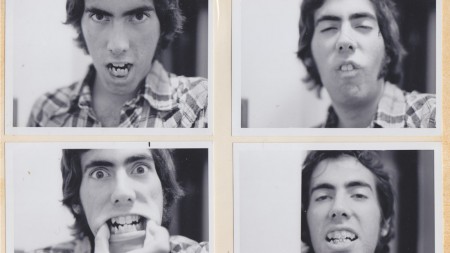 PLAY: On those rare occasions with your family, you seem happy and they seem very supportive for your endeavor. What happened with your parents? Sister?

KLEMKE: Yes, I come from a family that supports self expression and following your bliss, to my great fortune.  Curiosity was always the hallmark in our home. Both Parents are still living in their mid 80s.  My sister, Amy, still lives in Japan and my brother, Joe, (who was almost completely cut out of the film) lives in Great Britain, so we’re flung far and wide, to my parents chagrin.

PLAY: This question is kind of personal and if you don’t want to answer it, it’s ok. Do you think it’s a lie when you say (near the end of the documentary) that filming yourself is a legacy and that you felt more alive? Were you thinking that when you posted your clip on the Internet? Or it was that from the recognition of the studio and Mr. Bate?

KLEMKE: No Lie…Talking to the eye of posterity is always life affirming for me.  Why? Unsure, but it must be similar to praying and connecting with the great open infinity of the cosmos.

PLAY: I think that you cited Kierkegaard out of context? He was existentialist after all. Do you think you’re not?

KLEMKE: I am a long time devout existentialist…What is life?  Why are we here? Where’s a toilet?

PLAY: I suppose that you know that you are faster than Voyager, so there is a chance that aliens will find you before Voyager. What do you think they will think about us after they catch Voyager, after the knowledge of you?

KLEMKE: Yes, we figured that my radio waves traveling the speed of light must’ve caught up with Voyager within a few hours of leaving Earth’s stratosphere.. I like to Imagine my engrams were merging with those of Carl Sagan’s Voyager for even a split second… Gives me joy on a quantum level!

Bate was thrilled by Klemke’s video (35 years Backwards thru Time with Sam Klemke) which he found on YouTube. He immediately wanted to film a documentary on it, but how to make a movie out of somebody’s life and not bore the audience? He had an epiphany when he realized that his idea on Voyager would fit perfectly with Klemke’s life (or his idea of life). 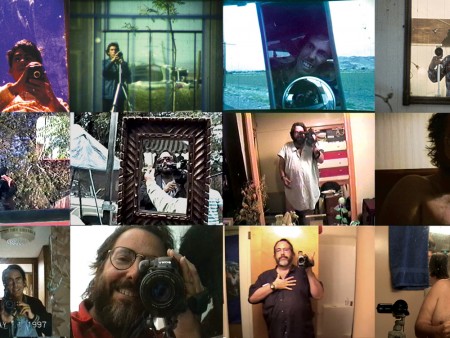 PLAY: The parallel with Voyager is nice touch. Where is Voyager now in relation to Mr. Klemke?

BATE: Thanks. Yes this correlation came later in the development of the film. I was thinking about the Voyager as a separate film – but Sam and the Voyager started to become one in my mind when i realized they both launched in 1977 – Voyager was launched into space and Sam launched his project to record his entire life. Also both Sam and the Voyager Golden Record are self portraits – one of the entire of humanity and the other of an ‘extra-ordinary’ nobody. So Voyager will always be a parallel time traveler alongside Sam, but also alongside the entire human existence – because it will live on into eternity. In a way the Voyager is humanities gravestone – it says ‘there once lived the human race on this small planet called Earth’…..

PLAY: What’s going on with the French language? Is it Existentialism or is it some other point? For example, Mr. Klemke’s life is fake as the Voyagers mission (and as the English language), but at the same time it’s real, because life is real and that’s the only thing that we know about life, as Existentialist of course? Or you wanted for Mr. Klemke (as the ordinary human being) to be remembered on film, like humanity wanted on the Voyagers golden disk? But if the Voyager was a stunt, what is Mr. Klemke?

BATE: This is hard to answer because we shouldn’t give this away to your readers who have not seen the film! Let me answer this question: ‘Why did you make a film about Sam Klemke – you call him an ‘extraordinary nobody’ what do you mean by this? Sam always wanted to be a great filmmaker like his hero Orson Welles – but feels like he never achieved the greatness of making Citizen Kane – but i saw a great beauty in Sam’s recorded life, to me it seemed like a punk rock Citizen Kane. Sam’s recordings are so raw and honest – which in this age of the manicured social media profile is so refreshing. So to me Sam is like a great punk band, he has created something outside of the main stream, outside of any industry and what he has created is unlike anything I’d ever seen before. So i wanted to celebrate this – to champion him. The Voyager record tried to represent humanity by sending Beethoven and Bach into space, but to me those people are exceptions to the rule, they are geniuses. The rest of us are unlike these ‘great men’ we are simple people living simple lives, trying to make sense of this shitty world. For me Sam Klemke is more representative of what it means to be human than Bach or Beethoven. 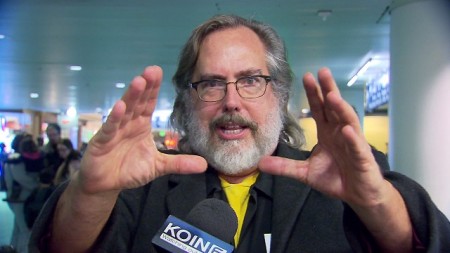 So how is Sam Klemke then? We know who he isn’t. But if he’s neither Bach, nor Beethoven, why do we even bother with him? Why does anyone bother with an ‘extra-ordinary’ nobody? If there are millions of YouTube clips that showcase normal lives in one way or another, what is it that sets Klemke apart? That he started filming before the internet era means nothing. The key is in the “extra-ordinary”.

Unexpectedly, the director appears near the end of the movie and more or less explains why there are two stories. The contrast is clear, and in a sense the Voyager makes Klemke stand out. However, all the while I was under an impression, which I maintain, that Klemke is secondary to the Voyager story, this idea Bates had before Klemke. And what story is that? It’s an excellent story about the absurdity of the Golden Record and the abuse of a scientific mission to score political points. I wonder if Carl Sagan thought the same thing while pushing the limits with his diverse team. To me it appears as if Klemke’s story was used as a crowning argument against the Golden Record, something I’m not a fan of.

So, who is really Sam Klemke? Sem Klemke is the “odd man” of today. In the symbiosis of man-society, the so-called community will always win over an individual. Unlike the self-aware, rich, solitary XIX century Russian nobleman, today anyone who even unwittingly resists the system is deemed redundant (some might say misfit!). Sam started with a teenage dream and turned into a life’s belief. He quickly realized that that threw him on the margins of society. The margin of society is the place that gathers all undesirables. It’s a thick muddy line with two edges. On one side is a desert, on the other is the society. Crossing over into the desert means probable death, while crossing into society sooner or later ends up in prison.  It is only the society who’s allowed to cross the line as it pleases. Klemke chose to walk the line of his own volition, he lives on it without complaining, because no true existentialist has ever complained, he simply existed.