You probably know that the Media Molecule development team became famous with their Little Big Planet games. Almost nobody felt indifferent towards the charming Sack people, and this franchise, in a way, became a trademark of the whole PlayStation brand of the previous generation. As LBP grew and became a ‘must have’ game for each Sony platform, the team was looking for a new challenge – and Sony gave them a chance to work on something completely new for their exciting new platform called PlayStation Vita. As a result of their work, at the end of 2013 we got the game named Tearaway, which to this day remains one of the brightest points of this hand-held console which, sadly, didn’t become even remotely as popular as Sony hoped it would. Tearaway uses all of Vita’s possibilities like no other game before, and no game after as well. Playing this game that is unfortunately shorter than I hoped it would be, I’ve gained an impression that Vita is a truly special system with an incredible potential which will regrettably remain almost completely unutilized. Tearaway remarkably shows just how much a single good game can do to expose a systems’ potential. And why the other developers didn’t attempt to dive into this sea of possibilities is a different topic entirely. 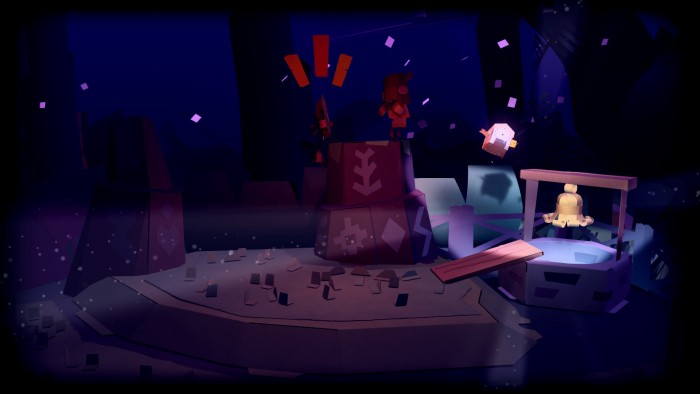 Tearaway could have easily remained the jewel of PS Vita, but realizing that a very small number of people had the chance to experience this top quality creation of their first party studio, Sony decided to develop the game for PS4 as well, and therefore present the opportunity to see all the wonders of this title to a wider audience.

Of course, as a game that completely relied on the possibilities of PS Vita’s hardware, front and back touch through motion sensors and a very charming use of camera, the game couldn’t simply be transferred to a home console. It necessitated the development of equally innovative ways of control which would rely on unique possibilities of the Dualshock 4 controller, and that is exactly what Medial Molecule did. 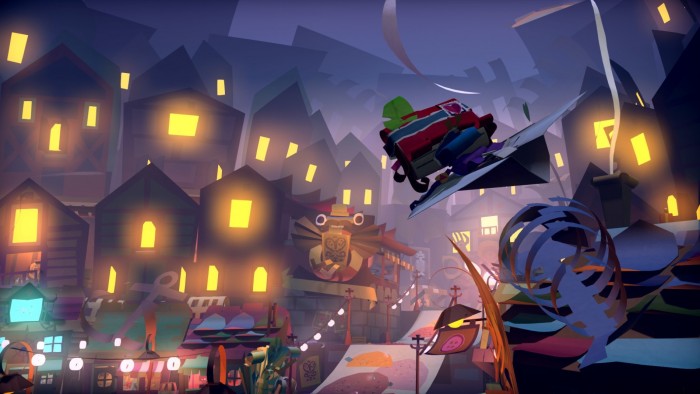 You are once again ‘the You’, that is, some kind of supreme being of this charming world made entirely out of paper. Although the player controls a cute male or female ‘envelope-like’ character, you are actually also the game’s protagonists in sense that your face (if you have a PS camera) appears in the sky as a godly figure and everyone bows to it. Your finger movements bring wind to the game, light from the Dualshock controller removes the evil which threatens to consume this adorable world, and there’s even an interesting mechanic where your in-game character throws you a piece of paper from his world ‘straight into the screen’ so you can hurl it back with much more power into some of the objects in the game. All this looks very adorable and while you’re playing you’ll be under the impression that you’re really a part of this world.

Graphics and the overall art style are one of the game’s major highlights. The world really looks like it’s made out of paper, and of course, greater hardware possibilities of the PS4 compared to Vita complete the experience. 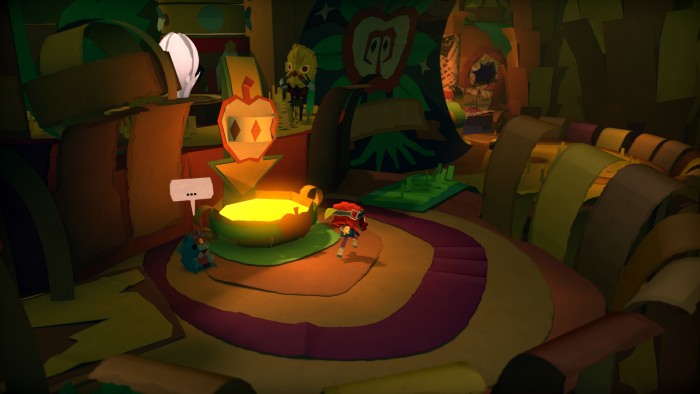 What we could single out as a flaw is that the game in some moments may seem a bit too easy. The obvious tasks before you may sometimes seem a bit tiring. Don’t expect a standard platform that requires you to accurately jump and move. Tearaway is a game that completely relies on the interesting use of a wide range of controls, so the traditional movement, jumping and general navigation in space, is entrusted to controls whose main goal is to entertain you with their variety, and not their precision.

Regardless, it’s undisputable that Tearaway Unfolded is a beautiful, charming game. We’d highly recommend it to younger players as a mandatory experience, and to the older ones, as a relaxed, charming and creative pastime. Sony made a good move by making a PS4 version of the game, and thus making it available to a larger number of players.