REVIEW: Keep Talking and Nobody Explodes

Good ideas don’t necessarily have to be created in some laboratory or a huge studio. They don’t require a tremendous amount of money and time spent. Sometimes all it takes is a weekend and a huge coffee supply. For Steel Crate Games that weekend was last year’s Global Game Jam, where they made a concept for an Oculus Rift game where only one player sees what’s happening on screen.

Luckily, the final version of Keep Talking and Nobody Explodes doesn’t require any kind of virtual reality set, but it still needs one very important component – co-players. The game is impossible to play solo and you’ll need at least one more person in the same room, or the next room if shouting across the apartment is ok with you, or if all else fails, an online co-player who you can talk to through a VOIP service. The goal of the game is to dismantle a bomb. However, only one of the players can actually see the bomb. The rest of the players help by looking up his interpretations of the bomb elements in the manual (bombmanual.com) and talk him through the procedure. To complicate matters, the bomb has a timer which speeds up every time you make a mistake. If you make too many mistakes, or allow time to run out – you’re blown to pieces (figuratively of course). You either win or lose as a team, and every player actively participates and influences the final outcome, just as it should be in any good co-op game. 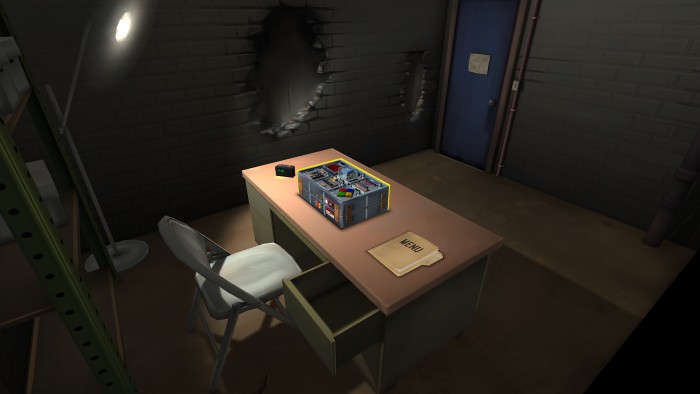 The bombs you are defusing are always set in a small suitcase with square segments containing mini games and puzzles. Considering that the tasks are generated, the only thing you’ll know upon starting the game is how much time and chances for mistakes you have and how many segments the bomb has. The key is in the physical part of the game, that is, in the manual that’s supposed to be printed out. However, even those instructions aren’t direct, but a sequence of ‘if’-s and ‘in case that…’-s, with a significant number of possible solutions and ways to get to them. The whole ingenuity of this game lies within those 20 pages, the way it becomes gradually more and more challenging as well as the sheer amount of material you’ll have to process during a single, usually 5 minute session. Your group will in time find ways to communicate and share information faster so you’ll almost end up having your own slang while you play. 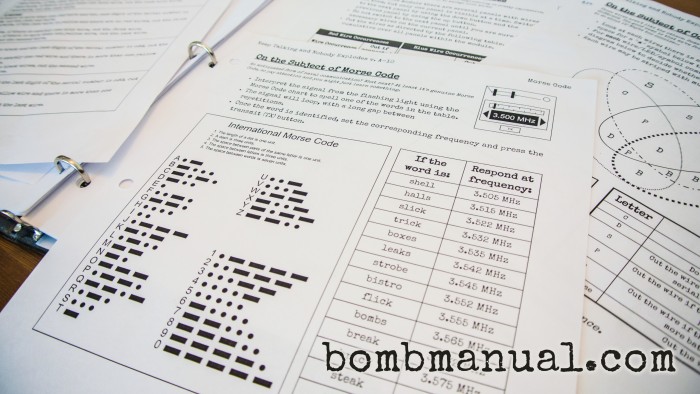 Best of all is how the game has minimum requirements, and not just hardware-wise. If you have a mouse with two buttons or a gamepad, you’re ready to play. Even if you’ve never before played any type of video games, Keep Talking will instantaneously be apprehensive. When we consider the difficulty of later levels, it gets clear why the authors have designed the game and its interface as they did. Some of the tasks require coordination of a few players, multitasking, all that amidst a general racket. No matter how fun it is, this game can also be very stressful, especially if you’re playing with a competitive team in long sessions. Also, we would recommend playing with at least two other players, while the upper limit of players is non-existent (the authors, however, advise playing with up to six players). 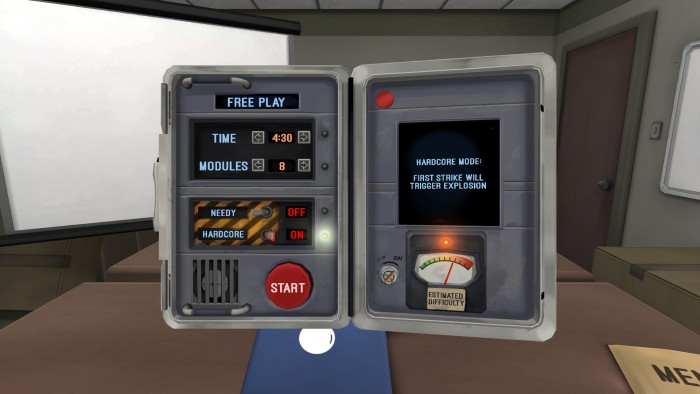 Keep Talking and Nobody Explodes is a game you simply must try out, it’s both a video game and a social game, and simultaneously a test for reflexes and concentration. No video in the world can possibly convey the exact feeling you get while playing – frantically going through pages with schemes and directions or waiting for your co-players to come up with a solution while there’s only seconds left on the timer. Get your copy, call your friends, neighbors and colleagues, print out the manual and dig into one of the most exciting co-op experiences of all time. And keep talking, never stop talking. Because if you keep talking nobody will explode.

Keep Talking and Nobody Explodes