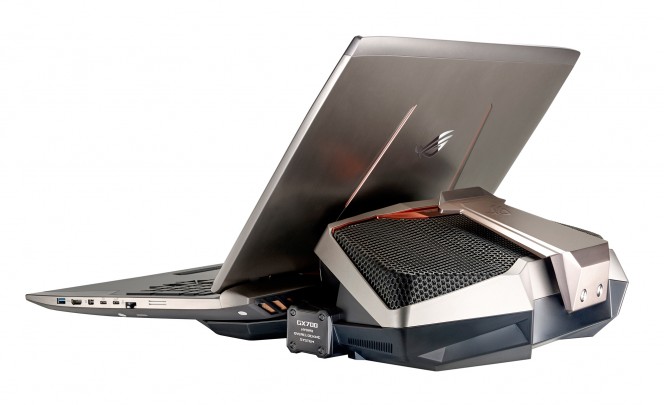 Over the years we got used to the fact that Asus computers can provide us with top notch performance in video games when it comes to laptops. However, the engineers at Asus always claimed that the single biggest problem in gaming on the move was the heat dissipation. Therefore, they’ve created the first ever liquid cooled laptop.

The evolution of a gaming laptop

At first, laptops were nothing more than mobile PC’s that could service only the most basic of needs. Manufacturers had to cram a lot of components into a small space, had to save energy in order to extend battery life and had problems with components overheating at maximum load. The first truly serious gaming laptops that we encountered were from the Asus Republic of Gamers series which used the most advanced mobile graphics solutions. However, one should always keep in mind that a top mobile graphics chip is somewhere in the category of a mid-range desktop card. Asus has therefore decided to put a full-size desktop Nvidia GeForce GTX 980 graphics card into their newest ROG laptop – the GX700. To make matters worse, the card comes equipped with 8GB of GDDR5 onboard memory which makes it the best graphics card we have ever tested since all of the others came with “only” 4GB. 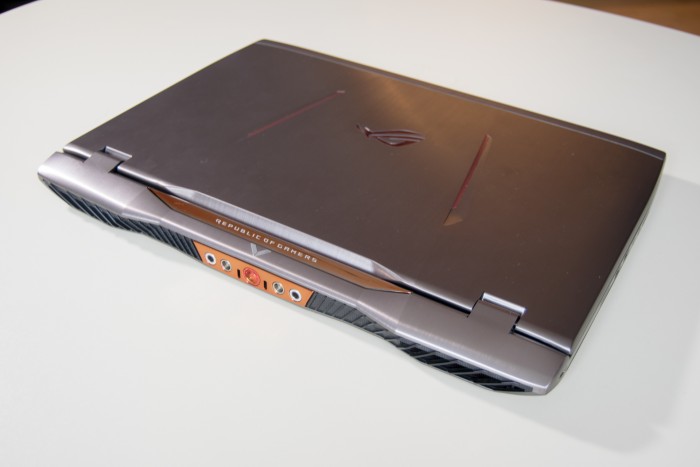 This is one of the reasons that the visuals on this computer became even more incredible – it is significantly slimmer than the other ROG or gaming laptops we have tested. When you add a full metal alloy casing and air vents at the back, the visual impression of the GX700 is stunning. However if you want to achieve the maximum performance levels you have to attach it to the aforementioned liquid cooling system, something completely new in the laptop world. The cooling system is actually a docking station, which in all fairness is not quite mobile, and it provides this laptop with the computing power others can only dream of. The system is very easy to use – you only need to put the laptop onto the dock and pull one lever which then injects it with the power conductors (the desktop graphics card requires much more power) and the coolant connectors. When you undock the laptop it reduces the clocks for the processor and the graphics card to the levels equivalent to the ones of the GTX 980M and resumes cooling the old fashioned way. The whole system is designed in such a way that there is absolutely no risk of any spills or leakages. What fascinated me the most is the fact that you can dock and undock the computer while it’s running. I must admit that is one of the sexiest engineering feats I have seen in a while! 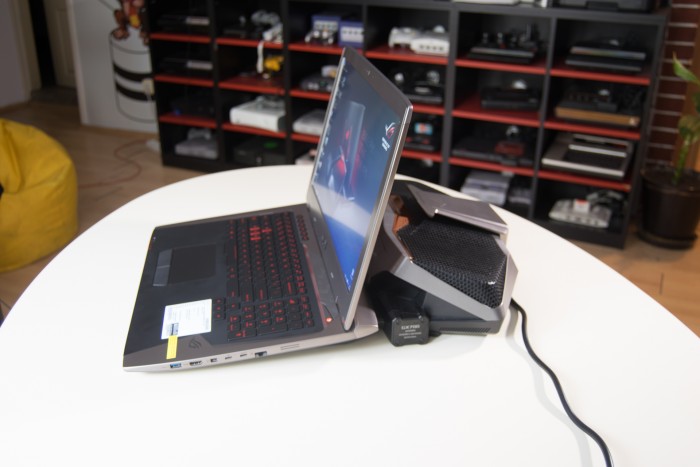 In essence this means that the GX700 has two faces, one is a classic gaming laptop, and the other one is a top of the line desktop gaming rig. The guys from Asus envisioned it that way too – so you get two power adapters, one for the notebook and one, much larger and more powerful, for the docking station. The cooling system makes this machine a true overclocker’s dream – we’ve made the processor easily go over 4GHz (nominal turbo frequency is 3.6GHz), and the same can be said for the memory and the graphics card. You can use the special Asus software for overclocking and monitoring system parameters. It’s quite fascinating to watch the clock of the processor while you perform the live undocking of the laptop and it comes down from about 4GHz to 1GHz, and seeing how it reflects on a game running on the computer. Even though we tried, we couldn’t get the temperatures of the processor or the graphics chip to go over 60°C, although admittedly, the back of the docking station was pushing a lot of hot air outside at maximum load. However when attached to the dock the computer itself remained completely cool.

One of the consequences of a massive cooling solution is that the computer comes in a full suitcase, about the size of airplane cabin luggage. It’s interesting to note that you also get an Asus Sica gaming mouse which can probably handle some basic tasks, but it is to be expected that someone buying this computer would probably go for a more high-end gaming solution. 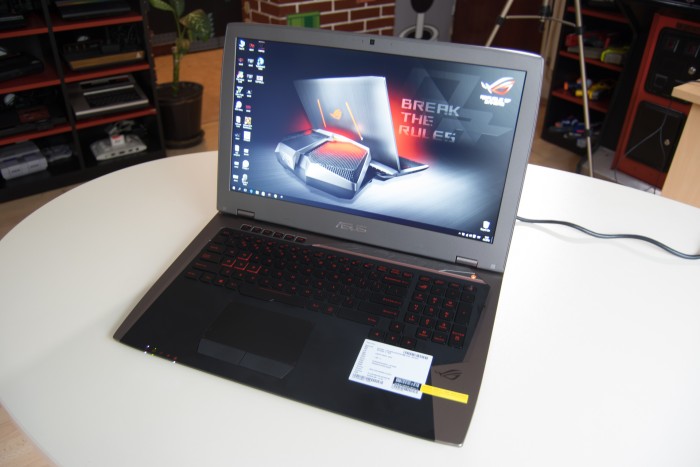 And what’s in the computer itself?

One of the advantages of this computer is that all of the important components except for the cooling and power supply are located in the laptop itself, so you carry them with you all the time. And the list of components is more than impressive – i7-6820HK processor, GTX 980 8GB GDDR5, 64GB of DDR4 memory and two M.2 512GB SSDs in RAID 0 configuration to increase performance. So, if we tried to build a high end desktop gaming rig we would probably not be able to top this. And in the end there’s a truly terrific Full HD 17.3” IPS anti-glare screen for your viewing pleasure. You can also configure this machine with a 4k display. 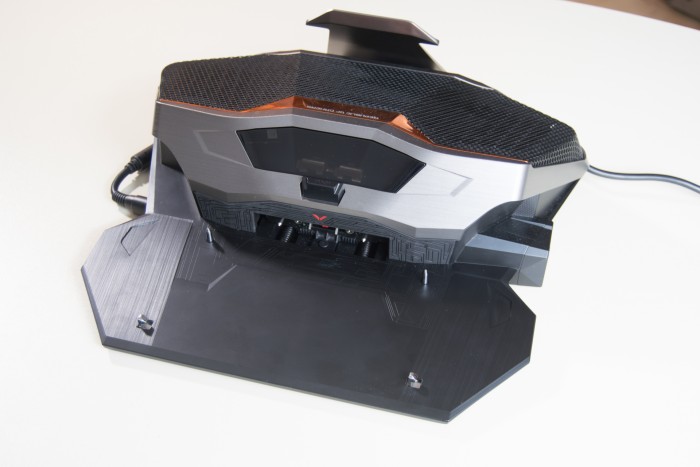 When attached to the dock all of the games we tested ran with maximum detail in the resolution of 1920×1080 without any kind of stuttering or problems. That changes a bit when you undock it, but if connected to a power supply you still get a pretty decent gaming experience. If you run on battery only you will get a significant performance loss, but you can still pull out some 25-30fps in Witcher 3 running in max details. So with a little adjustment it could be playable, but keep in mind that it would drain the battery really fast. We have to compliment the fact that when not gaming the battery can last for more than 3 hours. 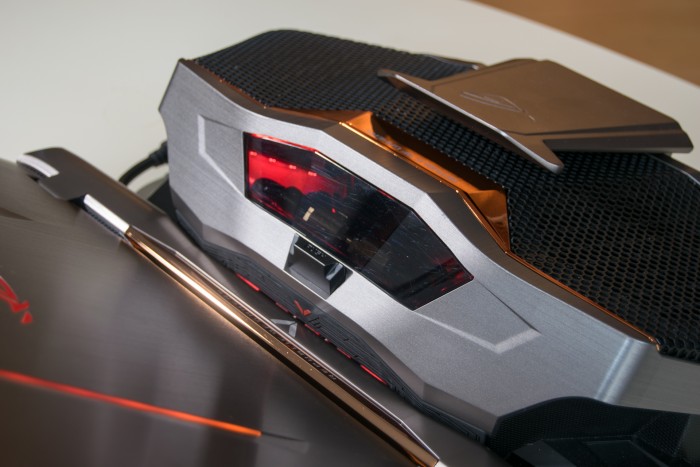 The price to pay is just too high

Whenever you get a real masterpiece of engineering there always has to be a “but”, and here it is obviously the price that is running at 4.300 euros and more in Europe depending on the configuration. For that price you can buy almost the same amount of desktop power, a gaming laptop and still have some change left.

Just by looking at what they have put into such a small device you get the idea that the GX700 is a piece of hardware like no other that manages to shake up an otherwise boring market. However it is clear that its role is more of a technological demonstrator of things to come than of a computer that will make its way to the hands of many gamers. 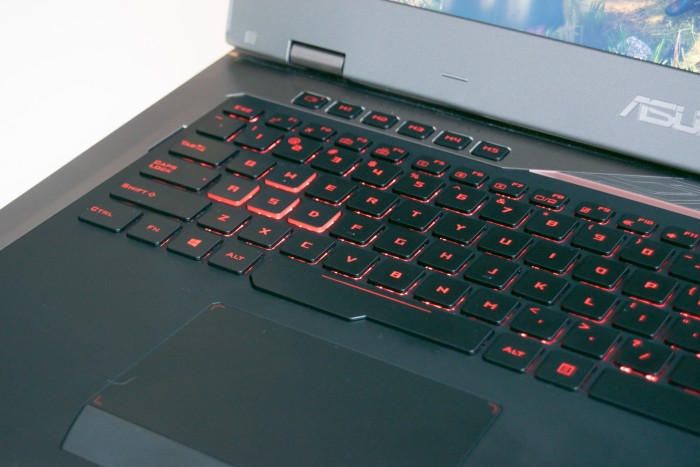